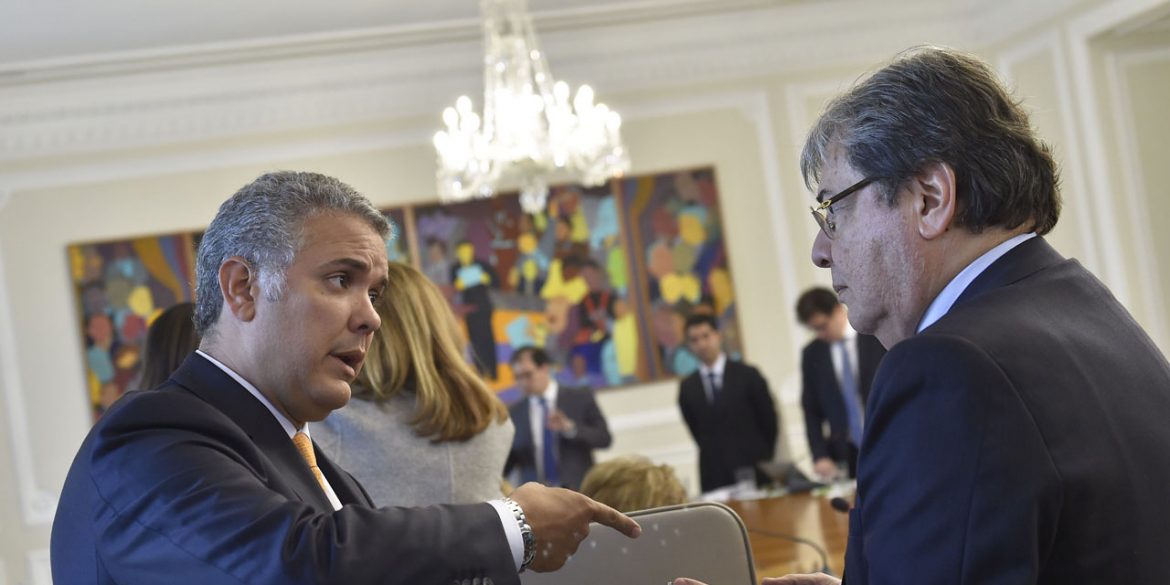 Colombia’s government is an obstacle for international efforts to restore democracy in Venezuela swiftly and peacefully.

This restoration of democracy is a matter of extreme urgency; an estimated 4 million Venezuelans have left their country since 2015 while millions are stuck in what is widely considered a humanitarian disaster of epic proportion.

The vast majority of democratic governments in the Americas and Europe agree that the only way out of Venezuela’s multidimensional crisis is a peaceful transition of power through democratic elections.

What the vast majority of nations also agree on is that the only way to do this is through negotiations and diplomatic pressure, and that the end does not justify all means.

If we do use radical means like employing illegal armed groups or an international armed conflict, Venezuela will only be further from restoring democracy and a transnational guerrilla war like the one in Iraq and Syria is a likely scenario.

The Colombian government doesn’t seem to understand or acknowledge this. Its country has been at war with itself for more than half a century because of this.

The recent evidence that Bogota again is working together with drug traffickers to advance its political agenda weakens the legitimacy of Venezuela’s democratic opposition, has strengthened Maduro’s position and has increased the chances of an international conflict.

The US government and the rest of the international community would be wise to demote Duque and make it clear to him that not all means justify the end and he lacks all moral authority.

We cannot afford an international armed conflict in which multiple illegal armed groups are able to extend this conflict for decades. It would further destroy both Colombia and Venezuela and does not serve democracy in either country.

Many of us would like to see Maduro go yesterday already, but this is not going to happen. Restoring democracy is a lengthy process that requires patience and intelligence.

There are a lot of grown-ups active in international politics, a lot of people who will be able to secure the restoration of democracy in Venezuela and an end to its humanitarian crisis.

Colombia’s president is not one of them. Duque is a liability and the Colombian state’s ties to illegal armed groups are only destabilizing the situation.

It is up to those who want to help Venezuela to remove obstacles like Duque and proceed to help our neighbors through the difficult process of overcoming its crises and restoring its democracy.