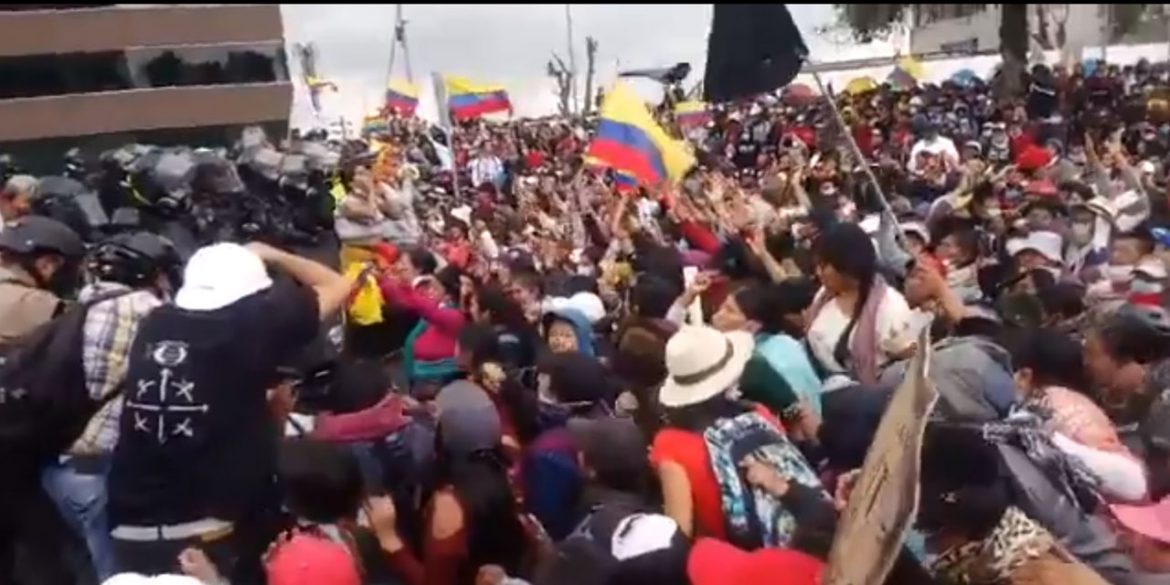 Colombia has ‘no information’ of FARC dissidents’ involvement in Ecuador crisis

Colombia’s foreign minister said Friday that he had no information that would confirm claims by Ecuador’s President Lenin Moreno that FARC dissidents have been involved in violent anti-government protests.

In an interview with Colombian television network NTN24, Moreno accused his Venezuelan counterpart Nicolas Maduro and his predecessor Rafael Correa of having “sponsored” and “ordered” a violent uprising against his government.

According to the Ecuadorean president, Maduro sent “FARC people” and “Venezuelan envoys” after his decision to abolish fuel subsidies sparked protests that have been growing more violent since.

Moreno, who has fled the capital Quito, said “we already have proof that there are FARC people immersed” in the protests.

They immediately joined and began their violent acts. Because in essence the indigenous people are not violent, they usually manifest themselves in peace, energetically but in peace, and to that they have the right, in accordance with the Constitution.

“I don’t want to speculate, I do not have any specific information, it is not a matter that we have discussed… so I prefer to remain silent on that particular point,” Trujillo told press on Friday.

Moreno appeared to try to take advantage of a conspiracy theory spun by the Colombian government that sought to tie Maduro with Colombian guerrilla group ELN and dissident groups of the FARC.

The foreign ministry on Saturday said that the Colombian and Argentine governments “reiterate their support” for Moreno and joined the Organization of American States (OAS) in calling for dialogue between the government and the protesters who are led by indigenous organizations.

The fuel hikes that sparked the extremely violent protests were the consequence of a controversial agreement between Moreno and the International Monetary Fund (IMF) in which the Ecuadorean government vowed to abolish fuel subsidies in return for a $4.2 billion loan.

According to Moreno, indigenous organizations have agreed to talks, but this was contradicted by Ecuador’s national indigenous federation CONAIE, which proposed talks before the violence erupted.

According to the indigenous leaders, they have agreed to “exploratory mediation” with the government.