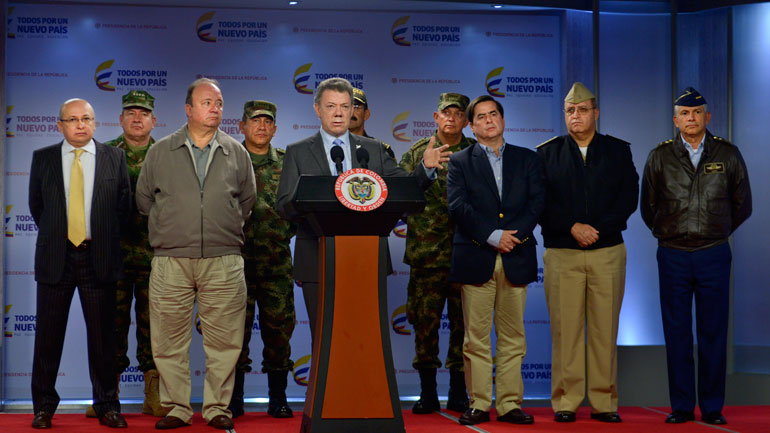 The Colombian government has come under fierce criticism after threatening to imprison citizens who publish audio, photos or video of terrorist attacks instead of surrendering this material to authorities.

President Juan Manuel Santos and Prosecutor General Eduardo Montealegre on Friday announced that no audio or video material related to possible terrorist attacks may be published on social media, but must be surrendered to authorities.

They did so after a special security council in Bogota where on Thursday two bombs went off. As per usual, photos and videos of these attacks and their aftermath were published on social media like Facebook and Twitter.

However, according to Santos and Montealegre this is now illegal.

If people do publish this material online instead of delivering them to authorities, they would be “obstructing justice” and “incurring in crimes, in punishable offenses that could result in prison sentences,” said Montealegre.

The remarks caused a storm of criticism of both the non-governmental press freedom organization FLIP and the Inspector General’s Office.

According to the FLIP, Montealegre’s remarks are “intimidating” citizens, while the threat to imprison civilians who publish material related to attacks violate the fundamental freedom of expression.

“While it is understandable that the authorities are going through stressful times, it is precisely in this kind of circumstances that democratic states are called to demonstrate the guarantees of civil liberties and not, like in this case, send messages belonging to authoritarian regimes or societies of fear that are contrary to the ideal of a free and deliberative society as protected by the constitution,” the FLIP said in a press release.

“Confronting terrorism has an impassable limit; the respect for human rights. Fighting organizations that carry out these barbaric acts and seek to submit society to fear may not be detrimental to the irrevocable liberties and rights” of civilians,” said Ordoñez on Monday.

“Whoever records a video and spreads it does that within the fundamental right to the freedom of expression,” the Inspector General added.

Ordoñez urged the government to “immediately make a correction and clarifies to the citizens that the exercising the freedom of expression neither is a crime.”