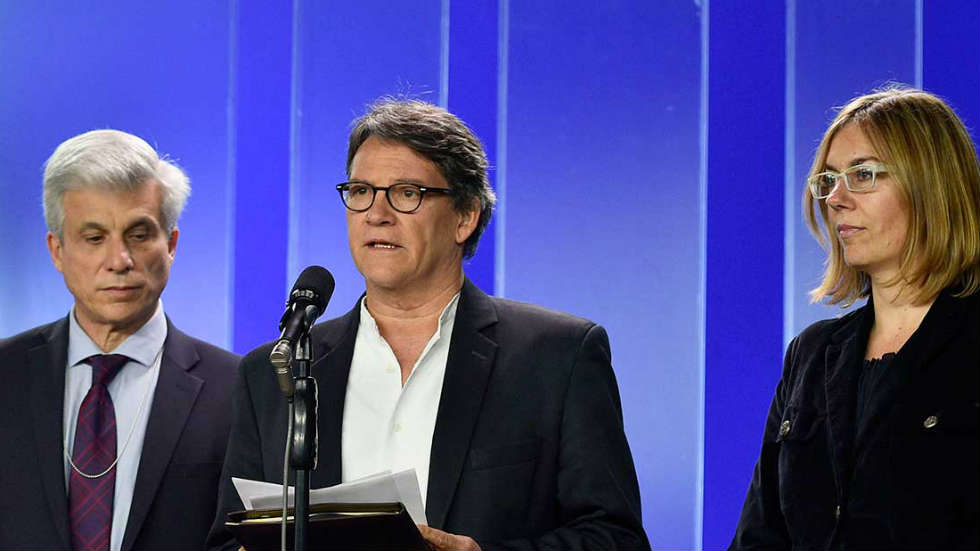 The Colombian government’s chief negotiator said Thursday that he seeks to resume a ceasefire with ELN guerrillas, but will stay in Bogota until after Saturday.

Chief negotiator Gustavo Bell returned from Quito, Ecuador to meet with President Juan Manuel Santos after his predecessor and guerrillas failed to secure the extension of a ceasefire with the Marxist group.

The ELN carried out at least three attacks on Wednesday after the warring parties failed to agree to extend the first bilateral ceasefire in the guerrilla group’s history.

The army reported there had been 13 guerrilla attacks and attempted attacks between Wednesday and Friday. At least one soldiers was killed. Two others were injured.

The international community has put pressure on both the Colombian government and the ELN to cease attacks and continue negotiating an end to the group’s half-a-century revolt.

The United Nations chief in Colombia, Jean Arnault, said Thursday he will “closely follow” the process.

The members of the Security Council regretted today’s attacks by the National Liberation Army (ELN) and hoped that the Government of Colombia and ELN would resume work to agree a renewal and strengthening of the ceasefire in order to prevent a return to conflict and protect the humanitarian gains achieved over the past three months.

The European Union said Friday the attacks were “unacceptable” and urged a resumption of negotiations.

This opportunity for peace must not be squandered. We expect the ELN to cease its attacks immediately and encourage the parties to resume dialogue, so that a peace agreement is soon reached.

According to the chief negotiator, he will stay in Bogota until the president tells him to join his fellow negotiators and guerrilla representatives.

Following the call of the Church, social organizations, friendly countries and the Security Council of the United Nations, which yesterday expressed its hope that the Government of Colombia and ELN would resume work to agree a renewal and strengthening of the ceasefire in order to prevent a return to conflict and protect the humanitarian gains achieved over the past three months,” the Government reiterates its willingness to reactivate the ceasefire and negotiate a new one.

UN Secretary General Antonio Guterres will meet with Santos and Bell while visiting the Colombian capital for a briefing on the country’s efforts to demobilize multiple guerrilla groups after decades of violence.

The group that was Colombia’s largest guerrilla group, the FARC, demobilized more than 14,000 fighters last year and is taking part in a fragile peace process.

Hundreds of observers are in Colombia to monitor this peace process. Until Tuesday they also monitored the ELN ceasefire.

The expired ceasefire had been marred by incidents, but significantly improved the humanitarian situation in ELN-controlled territory, more than 150 social leaders said in a statement.

The talks are stuck on whether the ceasefire should be extended or a definite truce be negotiated.

The guerrillas’ chief negotiator, “Pablo Beltran,” defended his group’s resumption of attacks, claiming the army had attacked guerrilla camps twice during the ceasefire.

The truce ended on January 9,.. during those 101 days the ELN upheld the ceasefire. They cannot reject us for events that occurred after the truce.

The resumed guerrilla violence has elevated tensions at three months of congressional elections.

The unpopular peace process with the FARC has been high on the electoral agenda and are complicated further by the ELN’s recent attacks.

Bell said he hoped to reach a peace deal with the guerrillas before the end of Santos’ term in August. Conservative candidates have shown little affection with a negotiated end to the armed conflict.