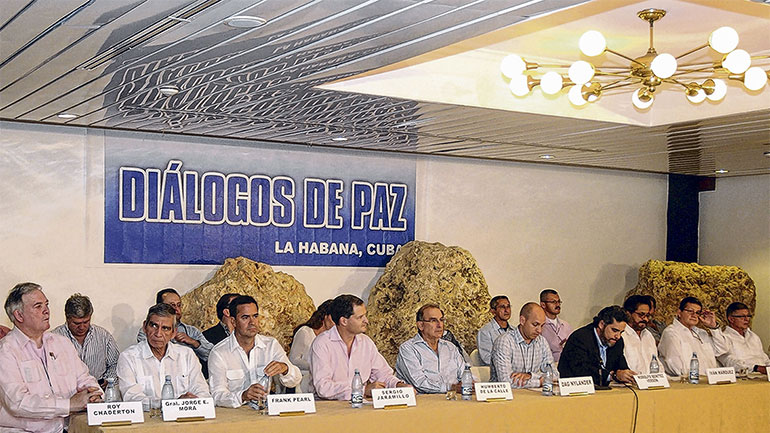 Colombia’s government and the FARC, the country’s largest rebel group, have asked the United Nations and the Community of Latin American and Caribbean States to monitor a bilateral truce as peace talks draw to an end.

The two parties who have been at war since 1964 and announced the agreement to request a monitoring third party in Havana, Cuba where talks have been held since November 2015.

Following agreements on rural reform, political participation, drug trafficking and victims, the administration of President Juan Manuel Santos and the FARC leadership are now discussing the final point on the agenda, “End of Conflict.”

This end of conflict is about the logistics of the implementation of the previously closed deals and includes the disarmament of the FARC, the rebels’ demobilization and future integration.

So far, the parties have failed to agree on a bilateral truce for the duration of the FARC although both parties have virtually ended hostile actions, according to conflict monitoring NGO CERAC.

The government, the FARC, the UN and CELAC will jointly “preside over and coordinate the mechanism at all times, settles controversies, gives recommendations and present reports.”

The monitoring mechanism will take force as soon as there is agreement on the bilateral ceasefire and the FARC’s disarmament.

The final peace deal may come after both parties formally end the violence that has ravished Colombia, particularly the countryside, for decades.

The conflict has cost the lives of more than 260,000 Colombians. More than 6 million others are displaced.