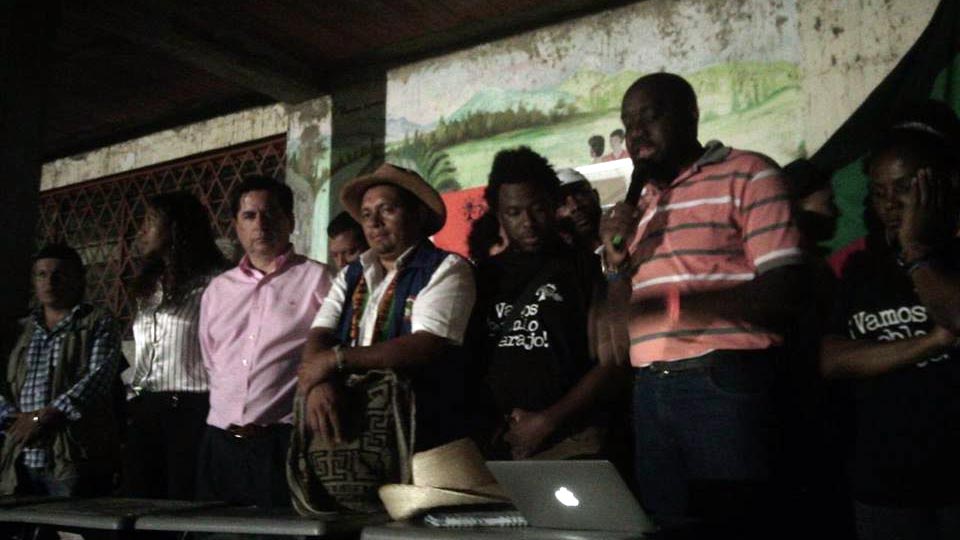 After 11 days of strikes the Colombian government, farmers and ethnic minority protesters have agreed to negotiations. The protesters promised to temporarily open the Panamerican highway as a sign of goodwill.

Representatives from the national government and the Cumbre Agraria, the organisation of protest groups, held an installation session of talks in the Afro territory of Quinamayo, Cauca on Thursday evening.

This was followed on Friday morning by the start of dialogues to define the road map of the negotiations in Santander de Quilichao.

The government had previously agreed to talks with indigenous groups in La Maria, but refused to hold talks in Quinamayo, an afrocolombian settlement.

Many saw this as being part of a governmental “divide and rule” strategy, much like the one they employed in the 2013 agrarian protests in which dozens were killed.

However, the government since agreed to talks in Quinamayo, and in turn Cumbre Agraria have agreed to lift the blockade on the Pan American Highway for 36 hours starting from 9 in the morning on Friday.

This agreement reduces some of the building tension and will hopefully mark the start of fruitful negotiations that help avoid further bloodshed.

The strikers demand the government to comply with promises made in 2013 to lift the agrarian protests organized then.