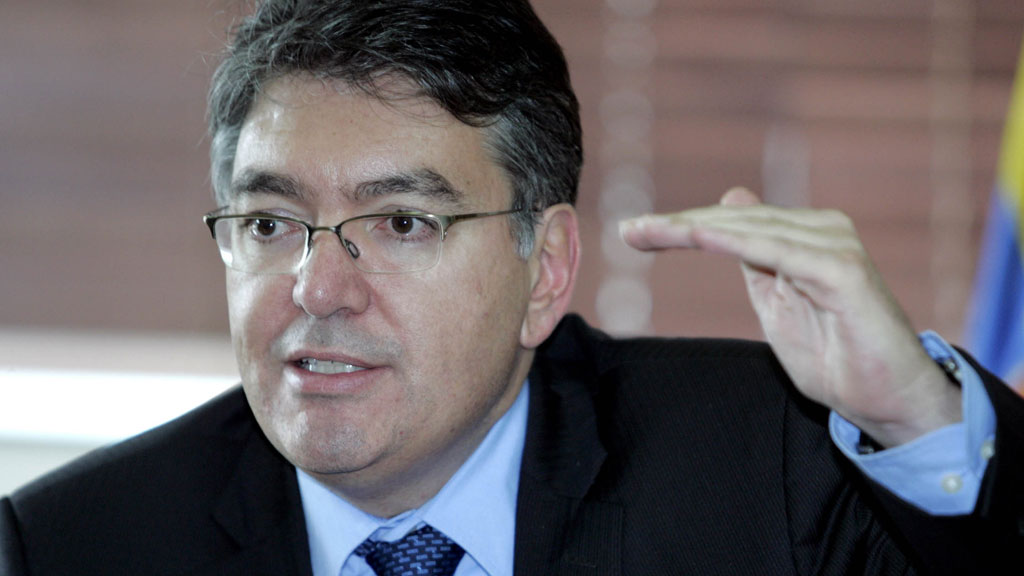 Colombia’s finance minister Mauricio Cardenas said on Friday the government was focused on cutting the country’s large current account deficit though he admitted that oil’s latest price fall could make that job harder in 2016.

“The No. 1 economic priority for the government is to reduce the current account deficit,” Cardenas told Reuters on the sidelines of the World Economic Forum in Davos, noting that the deficit last year had been 6.5% of gross domestic product.

“How do you cut? We need to reduce domestic absorption and that we intend to do by either cutting government expenditure or raising interest rates,” Cardenas added.

Oil is Colombia’s top export and source of foreign exchange, accounting for around a fifth of national income. Economic growth is expected to slow this year to around 3.2%, from 4.6% last year.

The central bank began raising interest rates last September and hiked them to 5.75% in December.

Colombia’s drive to boost exports has however suffered from the slowdown across Latin America, as countries such as Brazil and Venezuela remain in recession.

Cardenas said that while this year’s budget envisages a $55 crude price, that is based on receipts from 2015 and the $30 Brent price would be relevant only for next year’s budget.

However he said the budget deficit would not be impacted because of a fiscal rule that stipulates a deficit cap of 3.6% of GDP.

“Fiscal consolidation is a must…We just have to cut expenditure to make sure we meet fiscal deficit targets. That’s something fixed on our economic landscape,” he added.

While the commodity price declines are forcing many African and Gulf states to raise borrowing, Cardenas said that Colombia’s cap on budget spending meant the country would not be raising borrowing plans, aside from a $1.5 billion bond issue that has already been pencilled in.

But Colombia’s government is set to receive $2 billion from the sale of power generator Isagen to Canadian investor Brookfield, with the money earmarked for infrastructure projects.

Cardenas said the payment was expected later on Friday.