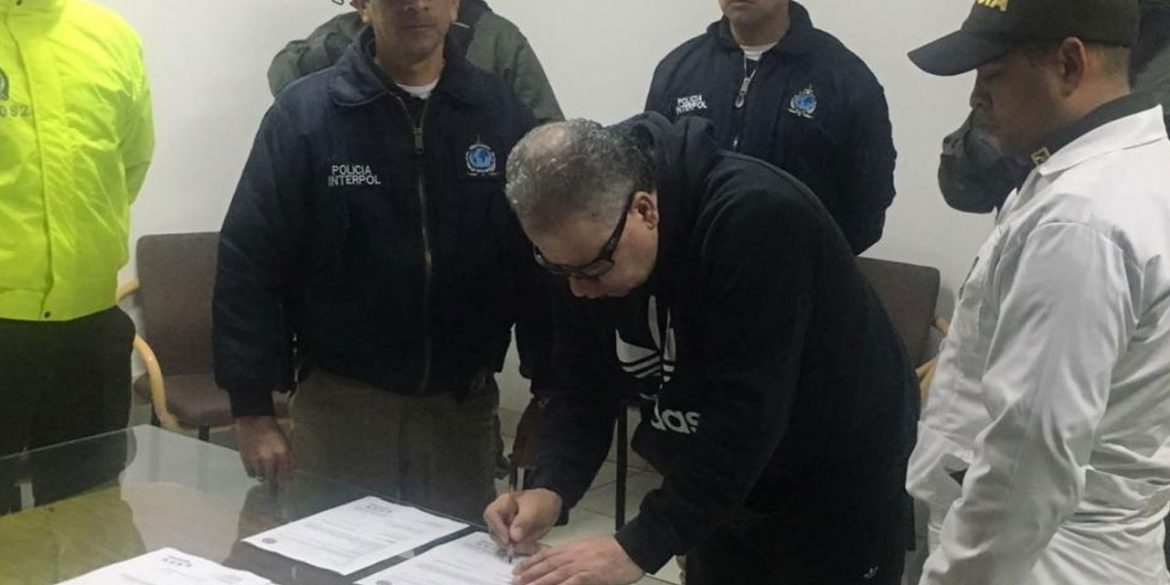 Colombia extradites former paramilitary warlord to the US

Colombia on Monday extradited the founder of the country’s largest illegal armed group, the AGC, to the United States on drug trafficking charges.

Daniel Rendon, who is better known as “Don Mario,”  left Colombia in the early hours of the morning for New York where he will face trial.

Mario “left at 4AM heading to New York where he has two of the three indictments against him,” confirmed his lawyer in a press statement.

The former warlord was arrested in 2009 and serving a 20-year sentence for homicide, forced disappearance, torture, kidnapping, drug trafficking and forced displacement in a prison in the capital Bogota.

Mario was a childhood friend of the Castaño brothers who founded paramilitary umbrella organization AUC in the 1990s.

When this organization demobilized after reaching agreement with former President Alvaro Uribe, Mario founded the AGC allegedly at the orders of Vicente Castaño.

The paramilitary commander is accused of having trafficked drugs both as a mid-level commander in the AUC and as founder of the AGC.

“Mario was handed over to officials of the Drug Enforcement Administration (DEA) and the United States Marshals Corps. Rendon Herrera must appear on trial for the crime of drug trafficking before the courts of the Southern and Eastern Districts of New York, for accusations of 2013 and 2015,” National Police chief General Jorge Nieto told reporters.

According to Mario, he has committed more than 2,500 crimes and was extradited while waiting to cooperate with 2,000 pending cases.

The former warlord has claimed that his extradition would serve to grant impunity to politicians allegedly involved in some of the crimes he claims to have committed.

He has specifically mentioned the former president and his brother Santiago, who have been accused of forming their own death squads in the war-torn Antioquia province.