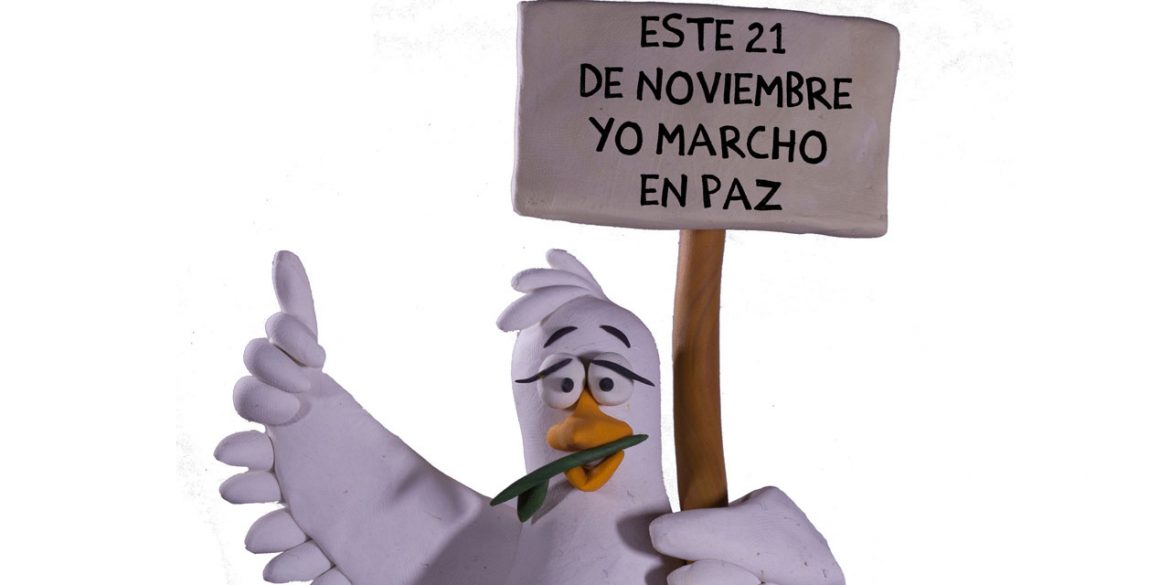 Colombia’s migration authorities said Thursday they have expelled 11 foreigners on claims they sought to “affect public security and social order” in anti-government protests next week.

According to Migracion Colombia, the Venezuelan, Chilean and Spanish citizens sought to disrupt next week’s protests.

Other foreigners are on the authorities’ watch list on suspicion they too seek to engage in illegal activity, migration chief Christian Kruger told Blu Radio on Friday.

We have 11 more foreigners in verification, some who have not arrived in the country and others who are already here.

Curiously, two Venezuelan citizens who were expelled were arrested by GAULA, the anti-extortion and kidnapping unit of the military.

Foreigners have the right to peacefully take part in protests, but “we will not allow that foreigners come to sabotage the tranquility of our country,” said Kruger.

To the foreigners who intend to enter Colombia for this purpose, we tell them not to do so, since I assure you that they will not be allowed in. And to those foreigners who are currently in the country, if you want to participate in the march, we invite you to do so with respect, maintaining order and in a peaceful manner, otherwise we will proceed to sanction you rigorously.

The migration chief added he was considering closing the border ahead of the national strike that is organized by labor unions and supported by dozens of social organizations, mainly students and indigenous organizations.

According to President Ivan Duque, “some are calling for violence or violent protest” in apparent reference to a video spread on social media in which a masked man claimed that “we will attack the security forces like never before.”

According to the president’s political patron, former President Alvaro Uribe, “the strike called for November 21 is part of the Sao Paulo Forum’s strategy to destabilize Latin American democracies.”

Multiple South American governments have accused the Latin American organization of leftist groups of political agitation amid a wave of political unrest in the region.