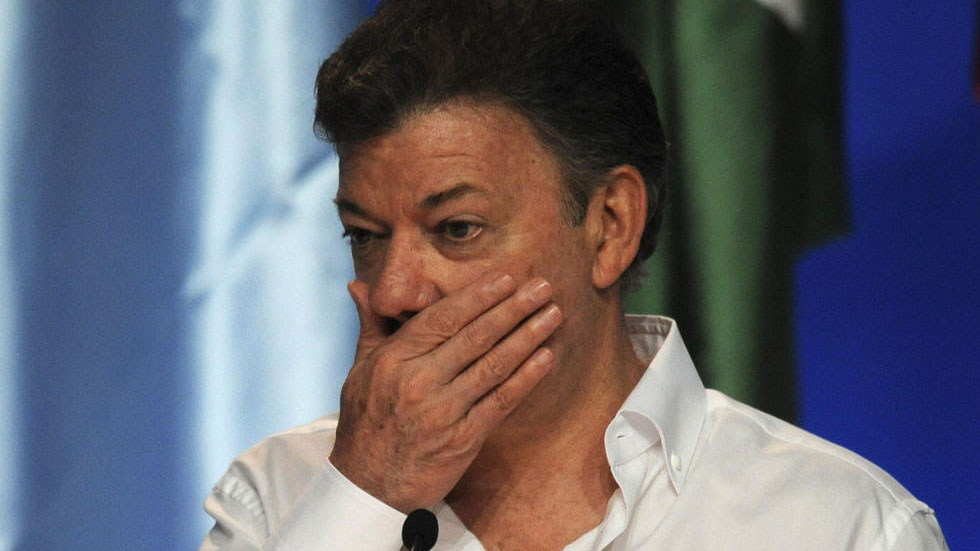 Colombia expects $3.3B in foreign aid for peace, but where’s the money?

In an attempt to discard rumors that a pending tax reform is meant to finance the reintegration of FARC fighters, Santos said all costs related to ending the country’s armed conflict “have their source.”

“There will be no increase in taxes to pay for the post-conflict period as some say,” said Santos, who has been working on a tax reform for a year.

According to newspaper El Tiempo, the $3.3 billion would be gifts, not loans.

However, where Santos believes he can obtain so much money in such short period of time is entirely unclear.

United States President Barack Obama has already promised to contribute $450 million. However, this will first have to be approved by US Congress.

With less than three weeks until Santos and FARC leader “Timochenko” sign the peace agreement, these American funds are unlikely to be available once peace is signed.

Additionally, it is unclear how much of this year’s $300 million in US aid has already been spent.

The Colombian government can count on a $450 million credit line from the European Union that has been ratified by its parliament together with $79 million European countries have put in a fund for Colombia’s post-conflict programs.

So, where Santos believes he can get $3.3 billion is the big question as foreign nations are not exactly jumping with joy to contribute money to a country with a history of chronic corruption in government.

According to El Tiempo, the president’s International Cooperation Agency is lobbying in Asia to see if countries from the far east are willing to contribute.

But one of the biggest problem seems to be that the Santos administration itself does not know how expensive the implementation of the peace deal will be.

Perhaps more problematic, dropping oil prices have forced the government to cut 19% in public spending this year, leaving little to no budget for provisional peace budgets.

According to political analysis website Razon Publica, “unless there is a drastic change in the fiscal strategy, the government would be committing the same error as the father who removes his children from school in order to be able to pay for food.”