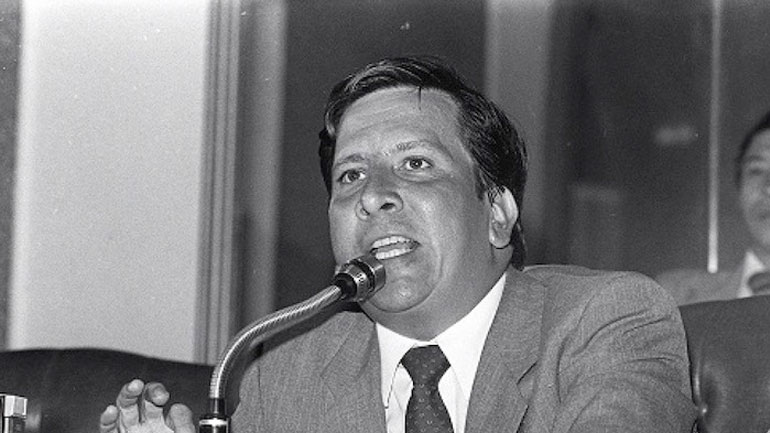 More than 30 years after his death, prosecution investigators will exhume the body of former Colombian Justice Minister Rodrigo Lara, who was killed in 1984, possibly in conjunction with security officials.

In 1984, only eight months after taking office, the 37-year-old former Justice Minister was leading the Colombian state’s assault against Pablo Escobar and his Medellin Cartel.

At the time, Escobar had recently elected to the Colombian Congress. However, Lara denounced the drug lord, publicly leading the government to expose his illegal cocaine empire. As a result, Escobar was removed from Congress.

At the same time, a political push began toward extraditing drug traffickers to the United States, leading to outrage and panic among the country’s drug trafficking organizations. In the midst of this political storm, on April 30, 1984, the audacious Justice Minister was gunned down in his car.

Lara’s murder pushed President Belisario Bentancur’s government to immediately implement the “lightening crusade,” authorizing the extraditions of drug traffickers to the United States, and an indictment of Pablo Escobar for murder.

While the murder had immediate an impact on Colombian society, three decades later the exact facts surrounding this murder remain cloudy and the case remains unresolved.

The official version claimed that the shots that killed Lara were fired from a Medellin Cartel hitman driving a motorcycle on the right side of the car. However, according to recent forensics results, at least one of the shots that hit Lara was shot from the left and at short range. Furthermore, it’s unclear why the driver and Lara’s bodyguard left the vehicle unharmed when there were bullet marks left on their seats.

As a result of studies released by the Medical Examiner, the Prosecutor General’s Office has dispatched an investigation to the Neiva cemetery in the southern department Huila to exhume Lara’s body for further examination in a continued search to determine responsibility for the crime.

There are multiple theories surrounding Lara’s death. At the time, it was assumed that Pablo Escobar himself was responsible for the murder.

However, since then, other theories have arisen including those that point to a “middle-weight” mafioso from the department of Antioquia and another claiming Escobar associate Carlos Lehder was responsible.

Lara’s son has said that he believes there is a political reason that the death of his father has gone unresolved for so long. He believes that the drug traffickers may have had alliances in the government who have hindered the uncovering of the truth.

“I believe that there are powerful forces that haven’t wanted the truth about the death of my father to be known,” said Rodrigo Lara Jr. in a 2012 interview for Semana magazine.