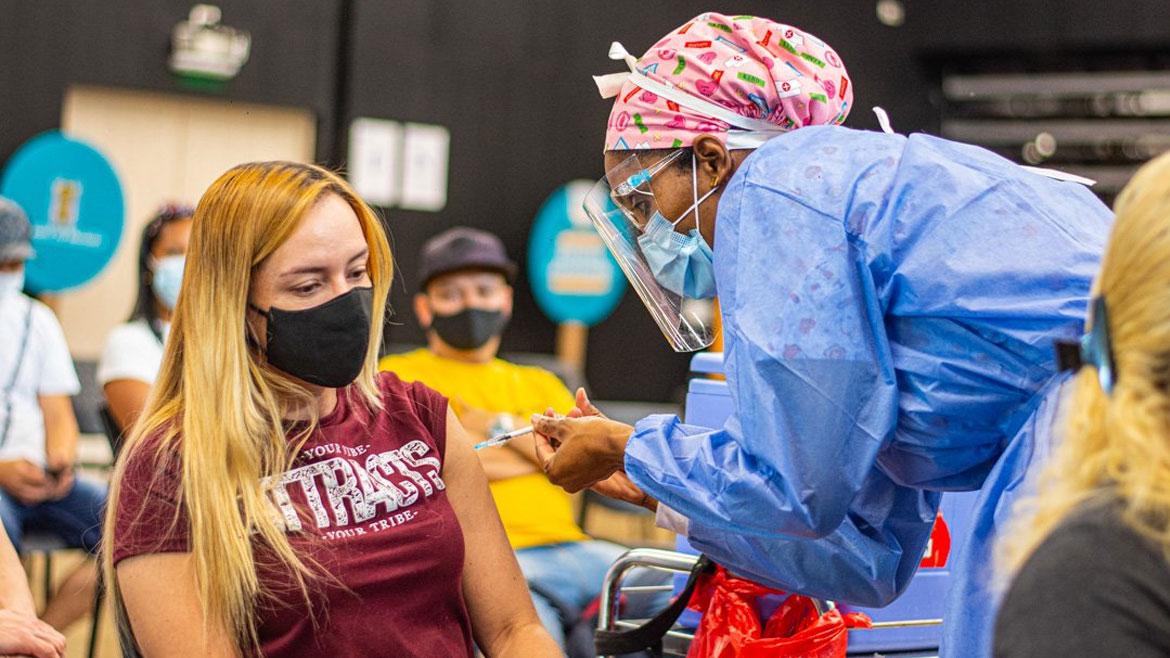 More than 120,000 people have died of COVID-19 in Colombia, the Health Ministry said Thursday amid persistent problems to vaccinate the country’s population.

President Ivan Duque and Health Minister Fernando Ruiz vowed to vaccinate almost 36 million people, the equivalent of 70% of the population, before the end of the year.

The government may fail to meet this target, however, as vaccine distribution problems persist and some citizens continue to be reluctant to report for vaccination.

According to the Health Ministry, which has lowered the vaccination age to 25, some 10 million people have yet to receive their first shot as part of the National Vaccination Plan.

The combination of these factors could be the cause of the drop in daily vaccine shots administered in hospitals throughout the country.

Light at the end of the tunnel?

Despite the recent slowdown, progress in the vaccination of people older than 30 has dramatically lowered the number of infections and deaths since the pandemic’s deadliest peak in late January.

On Thursday, the Health Ministry reported 9,690 new cases and 325 new deaths, considerably less than the 685 deaths and almost 33,000 infections reported on January 25.

The lower fatality rate may have to do with the dramatic increase in capacity of intensive care units (ICU’s) in many parts of Colombia since the beginning of the capacity.

This has allowed local and regional healthcare systems to slowly recover from collapses during the latest peaks.

The ICU availability in the capital Bogota finally climbed to 29%, ending the red alert that had been in place since April.

The hospital system in Medellin, Colombia’s second largest city, continued to be on red alert, but has seen the availability of its iCU’s drop to below 80% after a virtual complete saturation for months.

The situation continues to be critical in the southwest of the country and the regional capital, Cali.