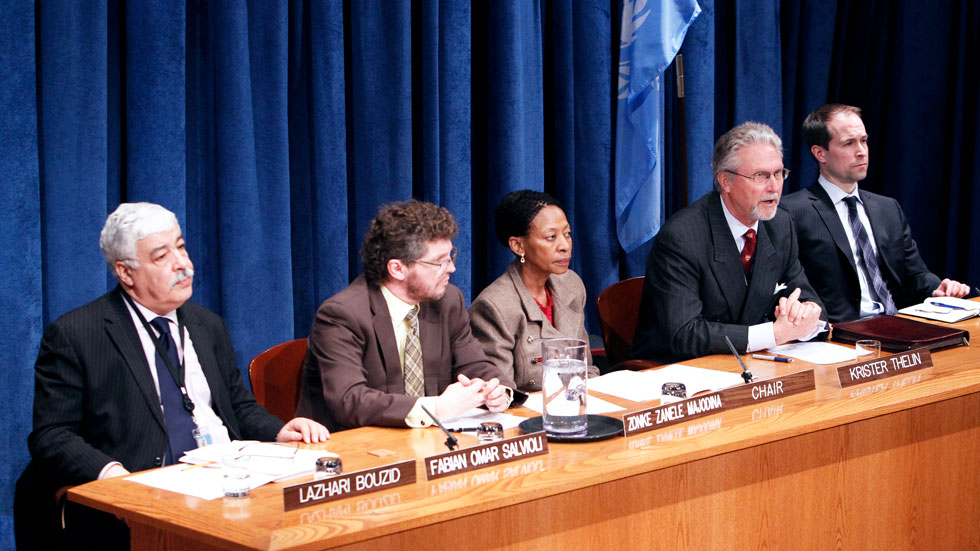 The UN inquiry on Colombia’s human rights situation was the first in six years and held in Geneva, Switzerland by a panel of 18 independent international human rights experts.

As part of the inquiry, a variety of human rights organizations presented their cases after which it was the turn of the state to respond to the accusations before a highly critical committee.

This is the third time Colombia has appeared before this committee over the years and the feeling of ‘deja vu’ is depressing, because I hear the same thing every time.

Committee chairman Sir Nigel Rodley told the Colombian delegation, led by the presidential adviser on human rights Paula Gaviria, that the Colombian state seems to “enter a state of amnesia” when it comes to surrendering information to the committee to study the country’s human rights situation.

The second and last day of hearings was scheduled for Thursday.

Based on the reports and testimonies by the government and non-governmental organizations, the UN committee will release its findings on November 4.