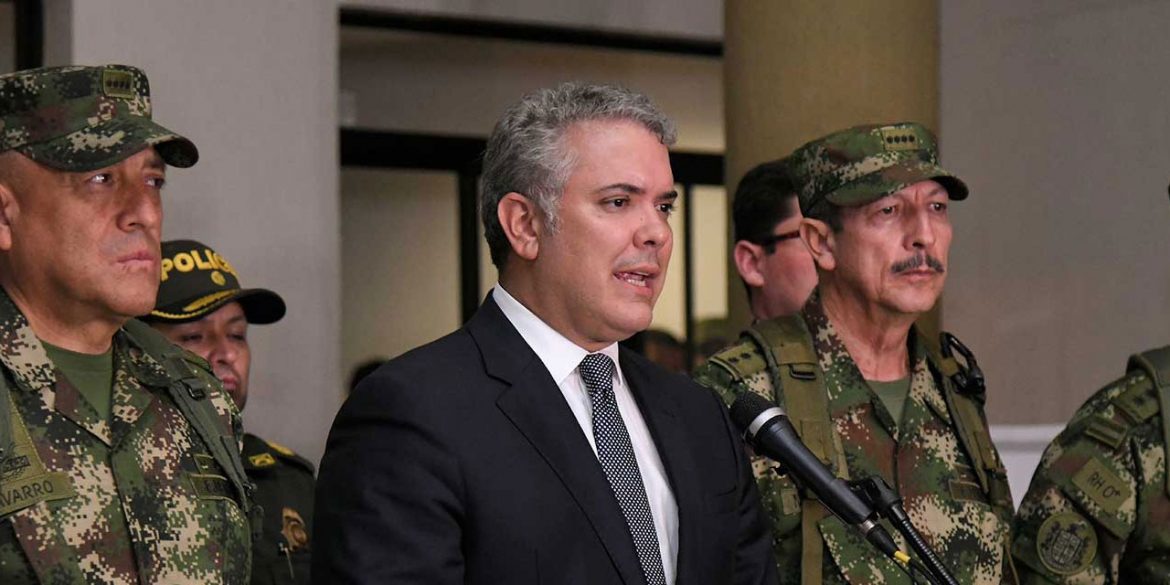 Colombia’s government is dismantling international systems that oversee the government’s compliance with a 2016 peace deal and human rights, the movement defending the peace process said Monday.

According to Defendamos la Paz, the government is undermining the role of guarantor countries Norway and Cuba, the United Nations and notable observers like the former presidents of Spain and Uruguay.

The Colombian foreign ministry’s recent threats to accuse Cuba of harboring terrorists “was used to undermine Cuba’s role in the peace process with the FARC,” the former guerrilla group that became a political party in 2017, the peace movement said in a press release.

Colombia threatens to accuse Cuba of sponsoring terrorism at the UN

Cuba, Norway and Chile are the countries whose governments vowed to guarantee the implementation of the 2016 peace deal, which is opposed by President Ivan Duque’s far-right Democratic Center party.

All ties between Venezuela and Colombia were cut earlier this year after Colombia supported an opposition attempt to oust President Nicolas Maduro.

Defendamos la Paz said that Duque “appears to be inclined to break relations” with Cuba, which would end its role as guarantor country.

Duque failed to appoint an ambassador in Norway after taking office in August last year and has excluded the European country from key meetings, according to the peace movement that consists of influential politicians, former negotiators and social organizations.

Norway’s diplomatic mission has been excluded from meetings and visits of importance for implementation; the Commission for Impulse, Follow-up and Verification has lost relevance; the participation of the Notables, former Spanish President Felipe Gonzalez and former Uruguayan President Jose Mujica, has been paralyzed; The government shows its reluctance to extend the mandate of the Office of the UN High Commissioner for Human Rights, responsible for the verification of the human rights situation within the framework of the Peace Agreement, and insists on restricting the role of the UN system in Colombia.

The president has insisted abroad that he is implementing the peace deal, but this has been contradicted by the FARC, Congress, the peace movement and other independent observers.

Without the involvement of Cuba and Norway, the peace process would only be overseen by Chile, whose president Sebastian Piñera is a close ally of Duque.

If the role of the United Nations’ human rights office is also reduced, there would  hardly be any institutional oversight on possible human rights violations committed under the current government.