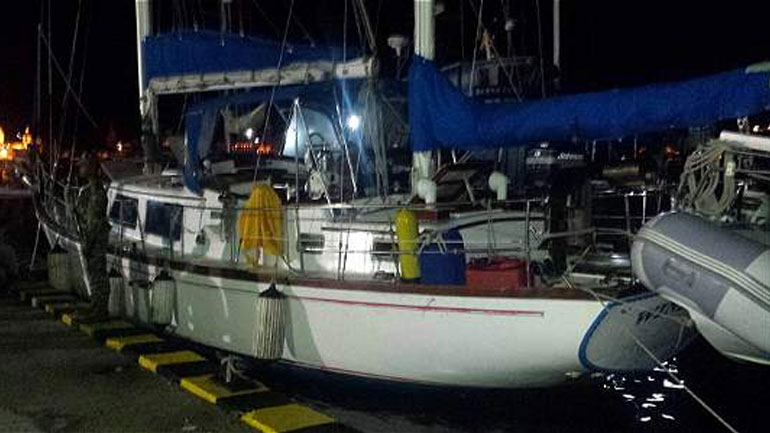 Colombian authorities apprehended a Canadian citizen who was caught trafficking 28 Cuban migrants off the coast of Cartagena.

The yacht, captained by Glenen Alexander Ross, 57, was transporting 29 illegal immigrants including two babies of four months and one year respectively, and a pregnant woman towards Panama.

The coastguard that intercepted the yacht, Windquest IV, in Colombian Caribbean waters discovered that Ross did not have permission to sail and alerted Migration Colombia of the presence of the Cuban and Ecuadorian passengers.

In addition to the two children on board there were 11 women and 16 men. According to a statement made by the Navy, one of the women is Ecuadorian and the rest are Cuban citizens.

Migration Colombia found that nine of the Cubans were carrying Ecuadorian documents and a temporary visa for Colombia.

The passports of 15 of the passengers had entry stamps for Ecuador but not departure stamps which violates migratory regulations.

One representative of the navy who was involved in the operation told El Tiempo newspaper that the boat would not have supported the load at high seas and could have capsized, drowning its passengers.

Ross was arrested and will be handed to the prosecutor general’s office to be charged with illegal people trafficking. They will investigate whether he is part of any international network of people traffickers.

Initial sources revealed that in addition to not having permission to sail Ross was also in the country illegally.

Authorities are looking into how much he charged his passengers for taking them illegally to Panama and risking their lives at high sea.

The passengers, who were making their way towards the US, will now go through a deportation process while receiving humanitarian aid from Migration Colombia in the form of food and accommodation.

The Colombian Navy revealed in their announcement that so far in 2015 they have apprehended 482 migrants of different nationalities off the Caribbean coast.