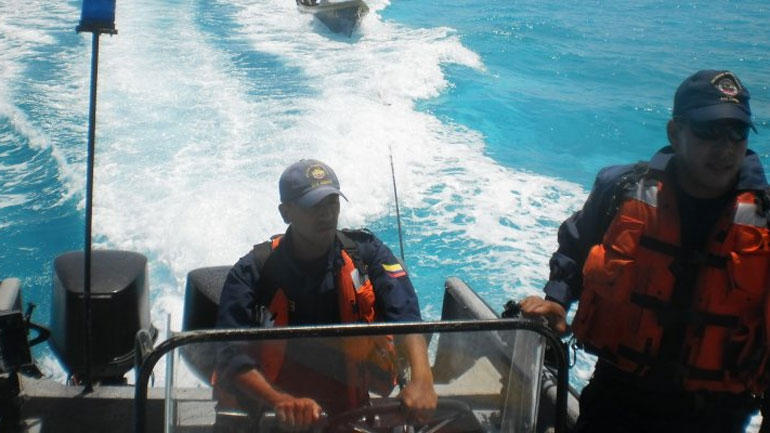 The Colombian Navy reported Monday to have intercepted 18 Cuban migrants traveling the Caribbean Sea through the Gulf of Uraba, destined for the United States via Panama.

The migrants, including children as young as five, were discovered at dawn in an unmarked boat by naval coast guards in the Gulf of Uraba, in the region of the northwestern department of Antioquia, close to the Panamanian border.

The detained have been turned over to Colombia’s Migration Office who will process necessary arrangements for their deportation.

Jimenez commented on the growing number of illegal immigrants discovered in the waters.

He noted a similar occurrence less than two weeks prior, when a boat carrying 19 was apprehended passing the shore of the port town of Turbo, in Antioquia. These immigrants originated from Cuba, the Ivory Coast and Ghana.

Authorities in Antioquia reported that 84% of illegal immigrants captured are Cuban. The mayor of Turbo told local media that this as “an issue that is becoming impossible for us.”

Official records have reported 388 illegal immigrants intercepted so far this year in boats traveling the Gulf of Uraba, this is over double the 186 discovered in 2014. The majority of these individuals were discovered coming from Cuba, Somalia, Nepal and Ethiopia, on their way towards the United States.

Due to the geographical location of Colombia at the northernmost tip of South America, the country and surrounding waters have become a transit point for the illegal transport of migrants bound for the US. As such, mafias have emerged in the control of this criminal business.