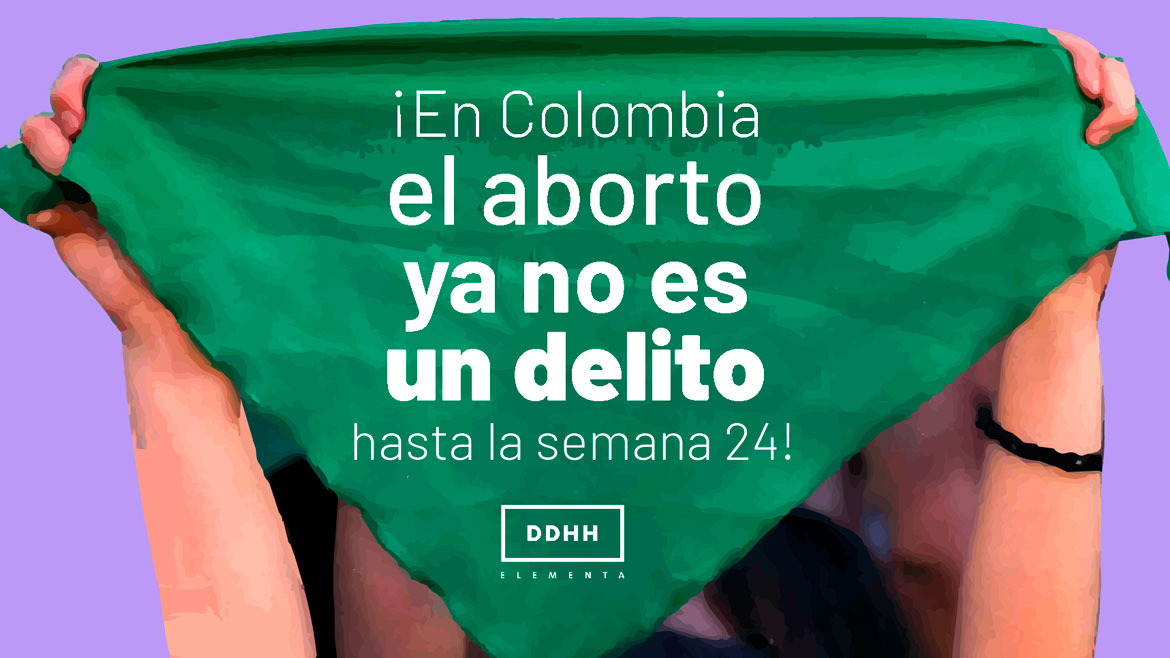 Women in Colombia are free to end pregnancies until the 24th week after insemination, the Constitutional Court said in a  historic ruling.

Until Monday, women were only allowed to abort pregnancies in cases of rape, or if the life of the mother or unborn baby were seriously compromised.

These restrictions will remain in place if women request an abortion after the 24th week of gestation.

The ruling was celebrated by women who had gathered in front of the court building in Bogota to demand the legalization of abortion.

The @CConstitucional of Colombia just voted to decriminalized abortion for the first 24 weeks of pregnancy. This is a historic moment for Colombia and the region. I couldn't be happier! #CorteAbortoSi #CorteHizoHistoria pic.twitter.com/s4ijPovZlU

The decision implies that healthcare intermediaries must facilitate the abortion of pregnancies as requested by women.

Women’s rights organizations had been asking to decriminalize abortion for years.

According to the most recent study on unwanted pregnancies, some 400,000 clandestine abortions were carried out in 2008 alone.

One third of these abortions caused health complications for women who would put themselves at risk of criminal prosecution if they sought medical aid.

The court ordered Congress to regulate the specifics of the new abortion legislation.

Congress never regulated the 2006 legislation that decriminalized abortion in the cases previously exempted by the court.