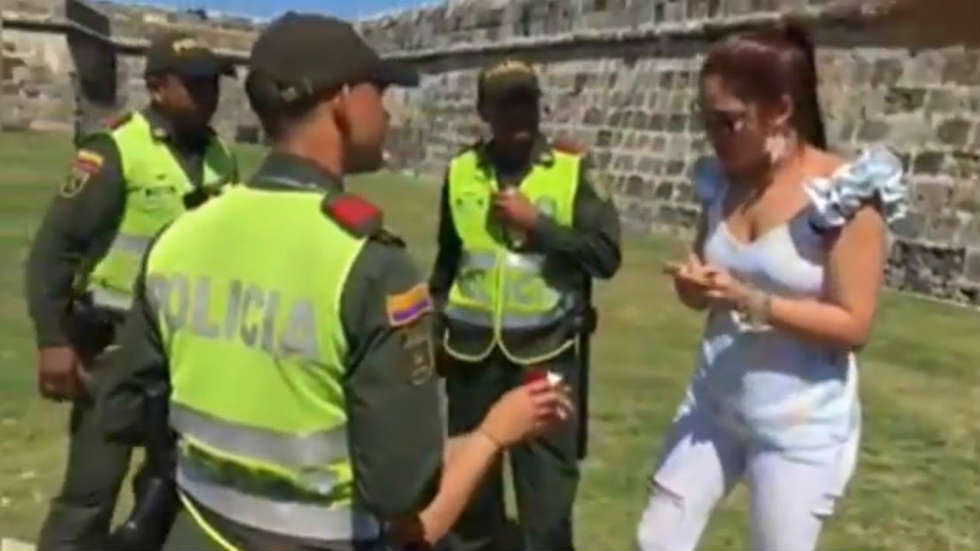 Colombia cops order man to kneel so he can propose

Three cops in the northern Colombian city of Cartagena faked the arrest of a man to allow the “suspect” to propose getting married to his shocked girlfriend.

The elaborate wedding proposal went viral soon after the video was shared on social media.

In the video, the three policemen told the man he was under arrest much to the confusion of his girlfriend, who said to be a lawyer.

While on the phone to a presumed colleague, the woman tried to prevent her boyfriend from being handcuffed in front of the historical wall of Cartagena, one of Colombia’s most romantic coastal destinations.

The woman got seriously upset when the cops ordered the man to kneel.

While the woman was frantically trying to get a hold of an attorney, the man on one knee pulled out wedding rings and asked for his girlfriend’s hand.

Superbly timed, a mariachi band that was in on the event began playing a song.

Do you want to marry me?

Overcome by shock, the woman dropped her phone, said “yes” and embraced her fiance.

The phone was later returned by the policemen.