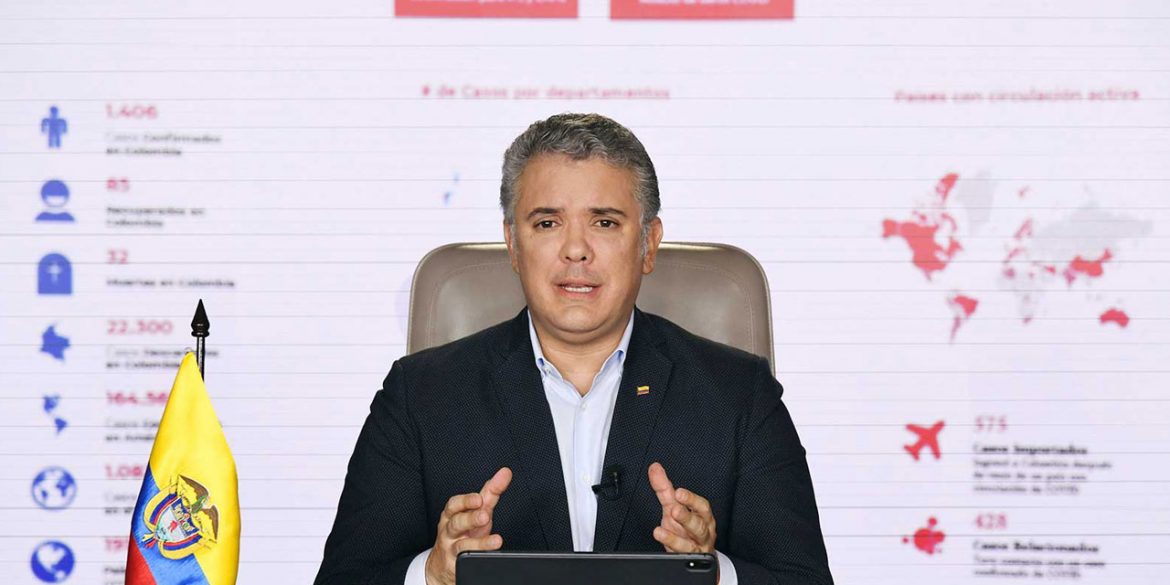 Colombia’s President Ivan Duque said Saturday that he was considering an “intelligent lockdown” that would expose part of the population to the coronavirus.

On Facebook, Duque said he would take this week to consider whether he would maintain the current quarantine or switch to the high-risk experiment that was abandoned by the UK.

“Depending on how the epidemiological curve is read, by the beginning of next week we will be able to say if the measure is extended or if, on the contrary, we move from a total mandatory preventive isolation to an isolation that is intelligent,” said the president.

“It is killing the poor who cannot work from home or have savings,” human rights advocate Alirio Uribe harshly interpreted the idea.

What is an “intelligent” lockdown?

The “intelligent lockdown” experiment coined in the UK sought to expose the least vulnerable part of the population to the virus in the hope they would develop antibodies after falling ill.

The British government abandoned the idea after scientists warned this could cost a quarter million lives. The government of the Netherlands is still considering the experiment.

The bigger the group that acquires immunity, the smaller the chance that the virus can make the leap to vulnerable older people or people with underlying health issues.

Dr. Louise van Schaik of the Clingendael Institute of International Relations told the BBC that the Dutch government was still considering the idea because “it’s easier to keep the generations apart here, because grandpa and grandma don’t live at home with their children.”

In Colombia, multiple generations often do live in the same home, which would increase the human cost of an “intelligent” lockdown, according to the Europeans’ logic.

If you have to add the adjective “intelligent” to make it sound better or to make people believe it, it simply isn’t.

Duque can only do wrong

So far, Colombia has been able to prevent a massive outbreak of Covid-19 pandemic and maintain a low number of deaths, contrary to countries like the UK and the Netherlands.

The quarantine, however, comes with an incalculable damage to the economy and the treasury as many are unable to provide for their families without government support.

The pandemic put Duque in an impossible position he can only get out of by doing wrong.