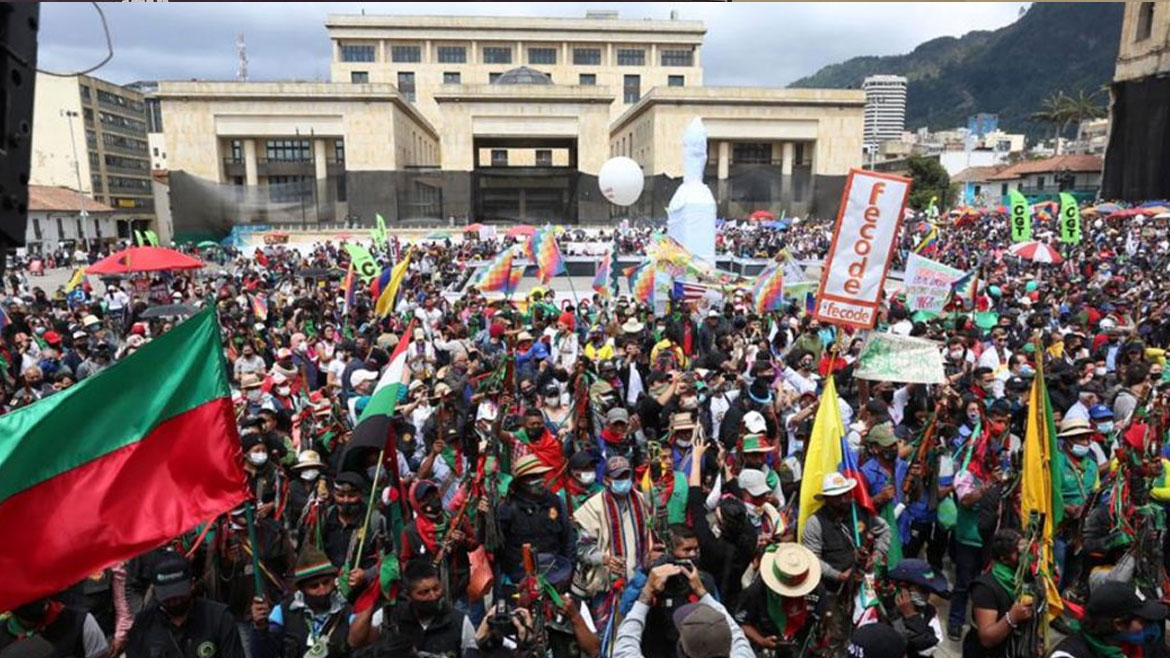 Social organizations have called for a protests throughout Colombia to commemorate anti-government protests that kicked off exactly a year ago on Thursday.

In Bogota, social organizations have additionally organized a protest against the mass killing of human rights defenders and community leaders.

Local protest organizations have announced protests in major cities like Cali where dozens of protesters were murdered by police and armed government supporters last year.

The National Police told the United Nations’ human rights office in Colombia on Wednesday that all local police departments have been instructed to respect human rights. 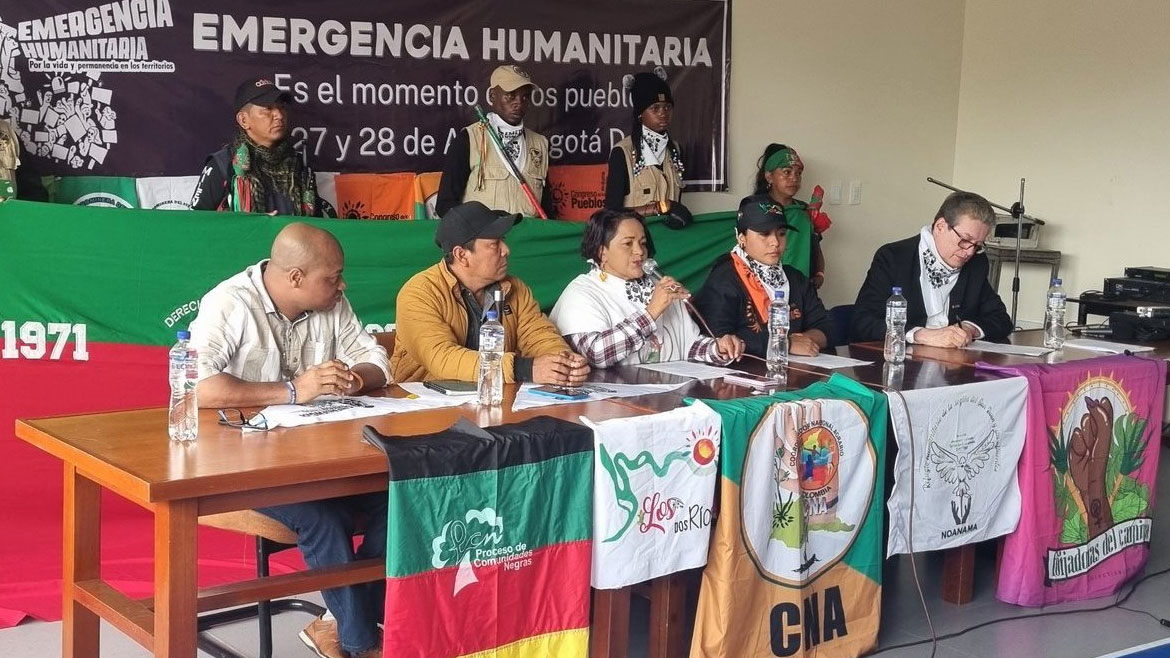 Hundreds of community representatives arrived in Bogota on Wednesday to demand the government declare a humanitarian emergency over escalating violence in the country.

The social leaders held a candlelight vigil to commemorate community leaders and human rights defenders who have been assassinated.

The Ombudsman’s Office said Tuesday that 52 social leaders have been murdered for far this year.

The social leaders that arrived in Bogota have organized several protests to pressure the government of President Ivan Duque to take measures to curb the mass killings.

One year after the national strike

Human rights and youth organizations have organized marches to demand justice for the victims of deadly police against participants in the largely peaceful national strike.

At least 44 protesters were killed and hundreds were injured during protests that followed the national strike, according to the United Nations.

Thousands of people arbitrarily detained by police and the prosecution filed apparently trumped up criminal charges against more than 600 people.

The prosecution indicted 19 policemen and civilians for killing protesters, but has yet to call any of them to court. 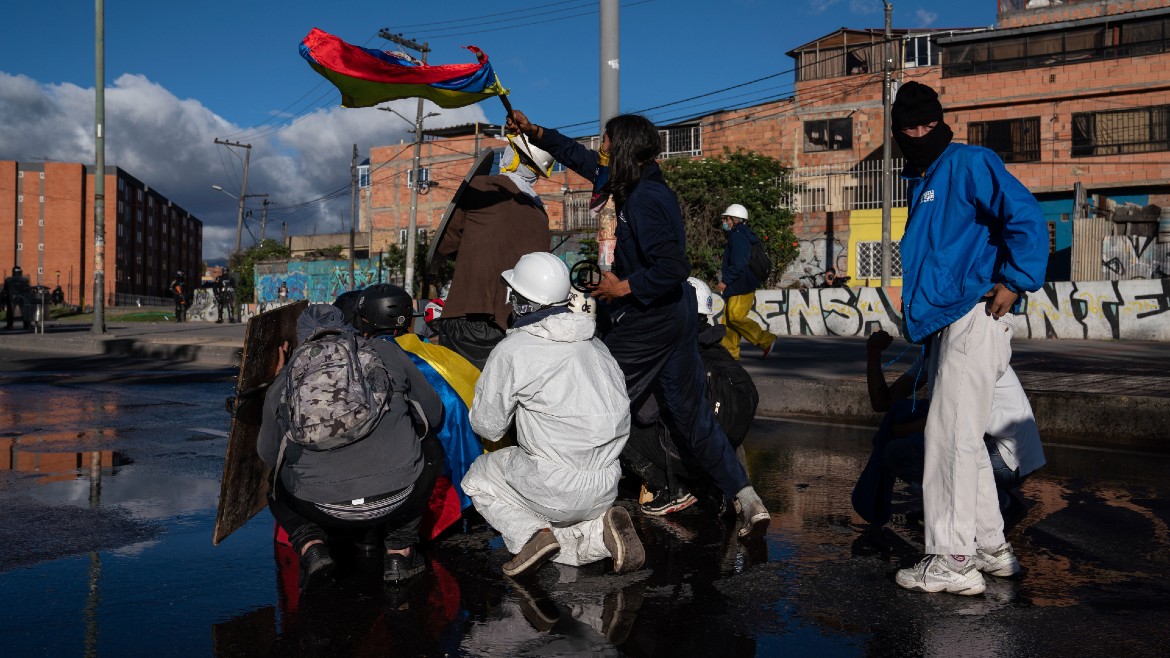 The national government warned for violence by so-called “Frontline” groups that were formed in response to the police repression to protect peaceful protesters.

Interior Minister Daniel Palacios said on Tuesday that “we are concerned about information we have received about people, members of the Frontlines, of groups that promote violence, in which they talk about generating acts on violence” on Thursday.

The National Police is working in each of the cities where we have this information and the message has to be clear: on Thursday, whoever goes out to protest should do so, but do so peacefully. The country has been clear in its rejection of violence.

Palacios surrendered no evidence that confirmed his claim that the protest organizations were planning acts of violence.

According to government-loyal weekly Semana, police arrested eight alleged members of a Frontline organization in Neiva on Wednesday, claiming that they were planning vandalism.