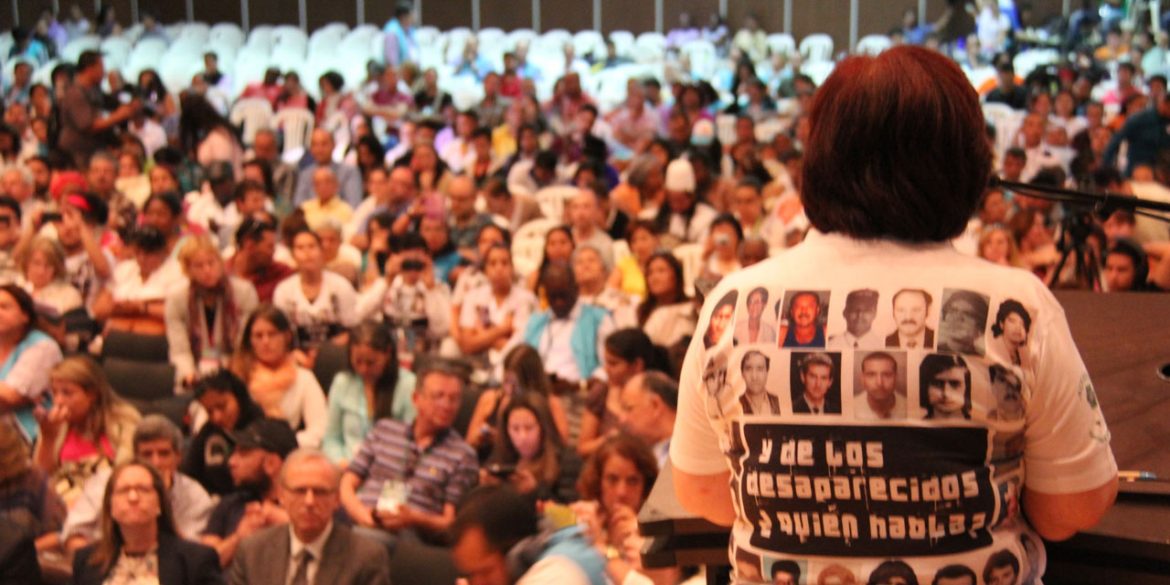 Activities are organized throughout Colombia on Tuesday to commemorate the almost 9 million victims of the country’s armed conflict.

Since the 2011 Victims and Land Restitution Law came into force, April 9 has been the National Day to Commemorate Conflict Victims.

According to the director of the National Victims Unit, Ramon Rodriguez, “April 9 is a date to commemorate and dignify the victims of the armed conflict throughout the national territory.”

This is a date to reiterate… the importance of recovering the memory of what has been suffered with the intention that it does not happen again, of expressing solidarity for the pain of the victims, of recovering traditions lost through violence, of recognizing, promoting and supporting the capacities and strengths of those who survived and of strengthening the social fabric in the communities.

The national commemoration is largely ignored by the government of President Ivan Duque and his far-right Democratic Center party, which has denied Colombia is suffering an armed conflict.

Despite the reluctance of the state, social organizations are carrying out activities throughout Colombia in their attempt to end the marginalization of survivors of violence by the state and multiple illegal armed groups.

In Bogota, official activities began at 6AM at the statue that honors slain journalist and comedian Jaime Garzon, who was assassinated by paramilitary groups in collusion with the military 20 years ago.

The commemoration takes place while the victimization of Colombians continues.

Since a 2016 peace deal between former President Juan Manuel Santos and now-demobilized guerrilla group FARC, more than 210,000 people became victim of the violence.

According to the International Committee of the Red Cross, Colombia continues to suffer at least five armed conflicts, mainly between the state, guerrilla group ELN, and paramilitary groups.