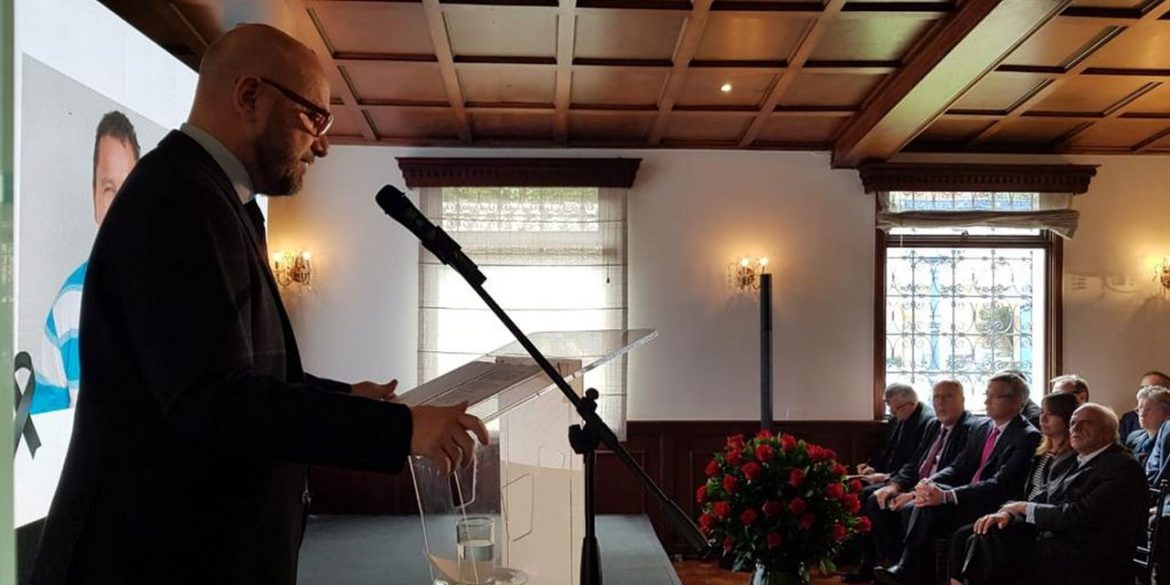 The United Nations’s human rights office (OHCHR) blasted Colombia on Wednesday, claiming to have evidence the security forces are colluding with illegal armed groups while the government is failing to implement peace policies.

In its report, the OHCHR painted a bleak picture over the deterioration of human rights in Colombia, a stagnation in the peace process and an increase in oppression by its notoriously corrupt security forces.

The OHCHR said the state was failing to implement key elements of the country’s peace process while increasingly deploying the military in police matters.

The UN agency said that violence in Colombia is “endemic” and reiterated “the need to address the structural causes that generate violence, especially in rural areas.”

Of particular concern were attacks on human rights defenders, indigenous peoples and the increase in cases of alleged arbitrary killings, as well as serious human rights violations committed against girls and boys in the context of violence and armed conflict.

According to the OHCHR, the office registered 36 massacres leaving a total of 133 victims, the highest number since 2014.

The OHCHR additionally decried a lack of police and prosecution officials in the rural areas of half of Colombia’s provinces and the use of the military in what should be police action.

Instead, “the OHCHR observed an increase in military responses in the situation of violence and insecurity” effectively worsening the situation in “some rural areas in Arauca, Antioquia, Caqueta, Cauca, Cordoba, Cesar, Choco, Meta, Nariño and Norte de Santander, and even in urban centers such as Convencion, Medellin, Santa Marta and Valledupar.”

This led to at least 15 homicides committed by the military, the highest number since 2016, according to the UN agency. In none of these cases the prosecution applied the so-called Minnesota Protocol that is related to unlawful killings by security forces.

According to the OHCHR, the government of President Ivan Duque “insufficiently” lived up to promises to increase the presence of civilian authorities to fill up power vacuums in priority rural areas.

Additionally, promised development in these war-torn areas showed “little progress and minimal coordination with other relevant programs” in relation to victim reparation, the restitution of dispossessed land and counternarcotics.

The UN agency said it “calls upon the State to continue to make progress in the implementation of all the points of the Peace Agreement” signed with demobilized FARC guerrillas in 2016 “in a sustained and comprehensive manner.”

The UN said it received reports of illegal or criminal actors corrupting members of the National Army and the National Police in more than half of the country’s provinces.

Indication of ties between the security forces and illegal armed groups were most evident in Antioquia “where at least 26 members of criminal groups were captured carrying weapons with special permits” allegedly granted by the 4th Brigade in Medellin.

Additionally, the UN said it received evidence that the military was carrying out operations with “members of a criminal group and other violent groups” in the north of the province.

“These situations could compromise the effectiveness of actions against the ELN, criminal groups and other violent groups,” the UN said.

The 12 provinces mentioned by the OHCHR did not include Bogota where, according to the prosecution, the army provided protection to a top drug lord for months.

The OHCHR blasted the use of the military during largely peaceful protests at the end of last year in Barranquilla and Bogota, denounced arbitrary illegal raids carried out ahead of these anti-government protests and police force “that could border on abuse and/or torture.”

The UN agency urged the government “to restrict, to the greatest extent possible, and in accordance with international norms and standards, the use of the army in situations relating to public security, including social protest.”

Additionally, the OHCHR urged “exhaustive, effective and independent investigations into cases of allegedly excessive use of force” and “a profound transformation” of riot police unit ESMAD.

Last but not least, The OHCHR said it was necessary to transfer the responsibility over the police from the Defense Ministry to the Ministry of the Interior.