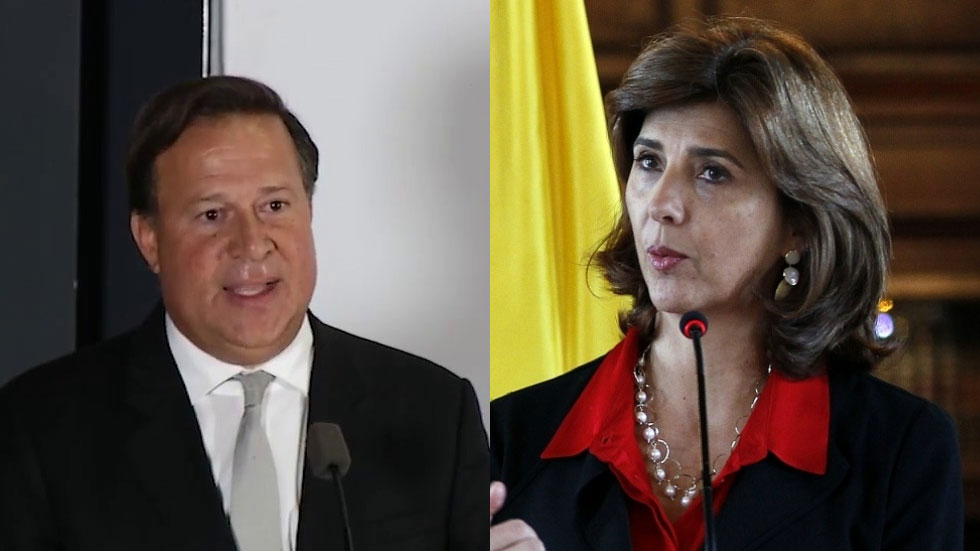 Panamanian soldiers had killed four Colombian alleged drug traffickers in the jungle region between both countries.

“I warned a few months ago that peace in Colombia would have an impact on Panama, because the production of drugs is increasing,” Varela said Wednesday, adding that “this is the first time I have seen four Colombians getting killed on Panamanian soil.”

Varela’s words were not well received in Colombia’s capital, to put it nicely.

Foreign Minister Maria Angela Holguin said she had received the Panamanian claim with “surprise and concern,” dismissing Varela’s claims as “unjust and incorrect.”

For decades, Panama has been one of many Central American countries that lie on route from Colombia, the world’s main producer of cocaine, and the United States, the world’s largest consumer of the illicit drug.

Both consumption of cocaine in the US and the production of the drug in Colombia has been increasing for years, which has spurred the Colombian government on numerous occasions to promote an alternative to the apparently counter-productive US-led “War on Drugs.”

“The drug problem is global and because of this the war against this crime requires global answers. Colombia has been without a doubt the countries that has sacrificed most deaths and we continue fighting without letting our guard down,” Holguin said.

According to the minister, the increase in cocaine trafficking is a “transnational criminal dynamic that affects all countries in the region and has no direct relationship with Colombia’s peace process.”

Colombia thanks the countries that have helped us and see a great opportunity to leave the violence behind that so much has affected our country and region. Our neighbors have always expressed concern about the negative security effects because of our armed conflict with the FARC . The least we can expect, now that it is over, is their enthusiastic support.

However, Panama and other countries, like Ecuador, on several occasions have expressed concern about the possibility that the FARC’s demobilization could lead to a power vacuum.

This effectively has occurred after peace with the FARC was signed in November last year. Colombia’s military has been unable to assume control over the FARC’s abandoned areas, which spurred guerrillas, paramilitaries and drug traffickers to rush to take over the FARC’s lucrative former involvement in drug trafficking and illegal mining.

In the case of Panama, the demobilization of the FARC’s 57th front allowed paramilitary group to consolidate its control over the Panamanian border where authorities already have dismantled drug distribution centers.