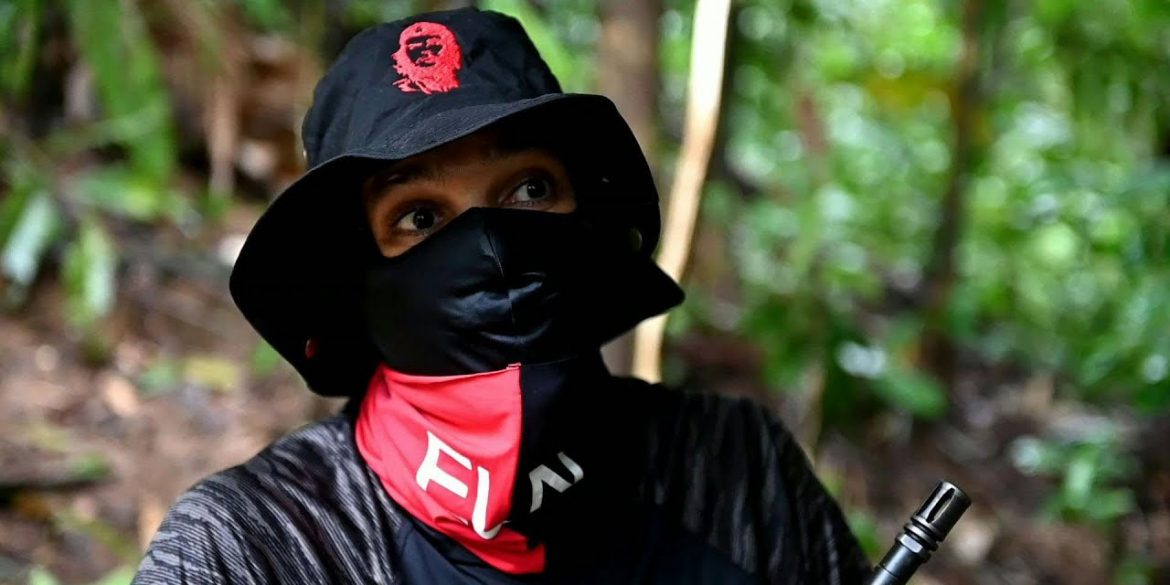 Colombia’s President Ivan Duque said Sunday that the military has killed “Uriel,” one of the ELN’s most media-savvy guerrillas.

In a press conference, the president said that the mid-level commander of the ELN’s Western War Front was killed by special forces in an operation dubbed “Odin.”

While Uriel was not a high-level commander, his frequent interviews and social media activity made “that terrorist” one of the ELN’s most well-known members.

One of the most visible figures of that terrorist organization has fallen, a criminal who used social networks to justify crime.

Duque, Defense Minister Carlos Holmes Trujillo, the military command and Prosecutor General Francisco Barbosa all traveled to Quibdo, the capital of the western Choco department, for the announcement.

According to newspaper El Espectador, the mid-level guerrilla commander was killed in Novita, a jungle municipality in the south of Choco.

The military attack that allegedly killed Uriel  was carried out while the guerrillas were maintaining defensive positions in much of the peripheral territories under their control in response to the coronavirus pandemic.

The ELN have repeatedly called on Duque to agree to a bilateral ceasefire in compliance with a demand with the United Nations Security Council.

Duque, however, has insisted on maintaining military offensives against the country’s last-standing rebel group.

Also on Sunday, the defense minister said that “we will continue to fight terrorist groups with all the legitimate force of the State because Colombians have the right to live in peace.”

The majority of people in Colombia favor a negotiated solution to decades of armed conflict, but the president and his far-right Democratic Center party refuse to resume peace talks that were suspended when Duque took office in 2018.

The ELN, which carried out its first attack in 1964, has taken advantage of this by reiterating their desire for peace while expanding territories under their control, according to independent conflict monitors.