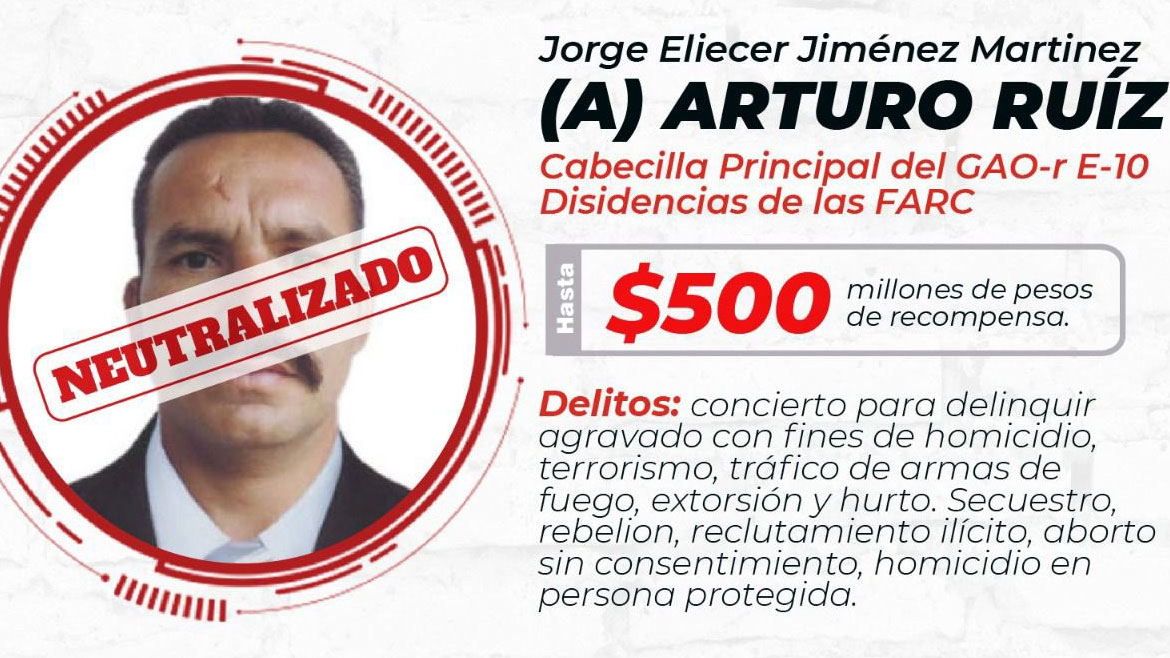 Colombia’s defense minister said Thursday that 23 dissident FARC guerrillas were killed in a military operation in the northeast of the country.

Among the alleged guerrillas who were killed in Arauca would be “Arturo,” the commander of the 10th Front.

According to Defense Minister Diego Molano, the alleged guerrillas were killed in the “Arauca Plan” military offensive.

The offensive followed two months of extreme violence between the 10th Front and guerrilla group ELN, which controls much of Arauca.

Arturo was the top commander of the 10th Front and aligned his guerrillas with the Southeastern Bloc, which controls large swathes of former FARC territory in southeastern Colombia.

More than 80 people have been killed since the rival guerrilla groups began fighting in Arauca and the Venezuelan Apure state on January 2.

More than 1,500 people from both sides of the border have been displaced by the violence.