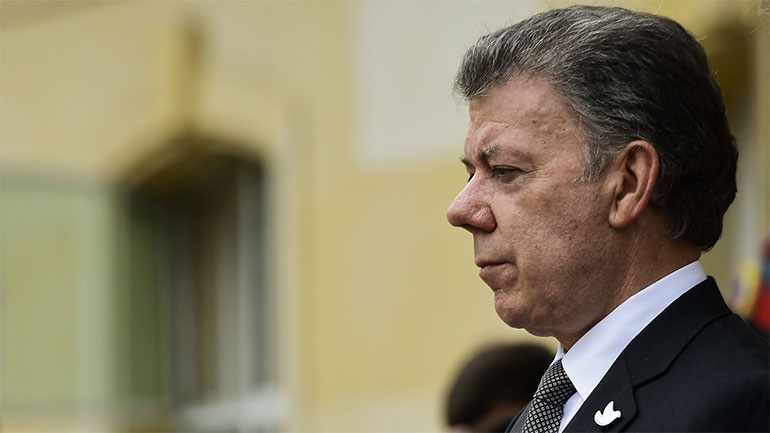 In the latest poll published by pollster YanHaas, which has intensely measured the president’s approval rating since the beginning of the year, Santos’ popular approval among urban dwellers dropped from 31% in mid December — the highest score since May last year —  to 13% last week when the last poll was held.

YanHaas’ perceived drop in Santos’ popularity confirms results from other polls in which the president proves increasingly less popular than any of his four predecessors have ever been.

The president is even less popular among Colombians between 18 and 24. According to the poll, only 9% of young Colombians approve of their president, while 66% disapproves of him.

Only 8% of Colombians believe their country’s economic situation is improving against 39% who claimed the situation is worsening and 52% claiming the economy is stable.

In general terms, 77% of Colombians believe their country is getting worse against 19% who are more optimistic about the future of Colombia.

Another thorny issue that drags down the president’s popularity is the ongoing peace talks with extreme-left FARC rebels. The peace process started by Santos in 2012 can only count on the support of 21% of the population. The vast majority, 65%, disapproves how the government is handling the process.