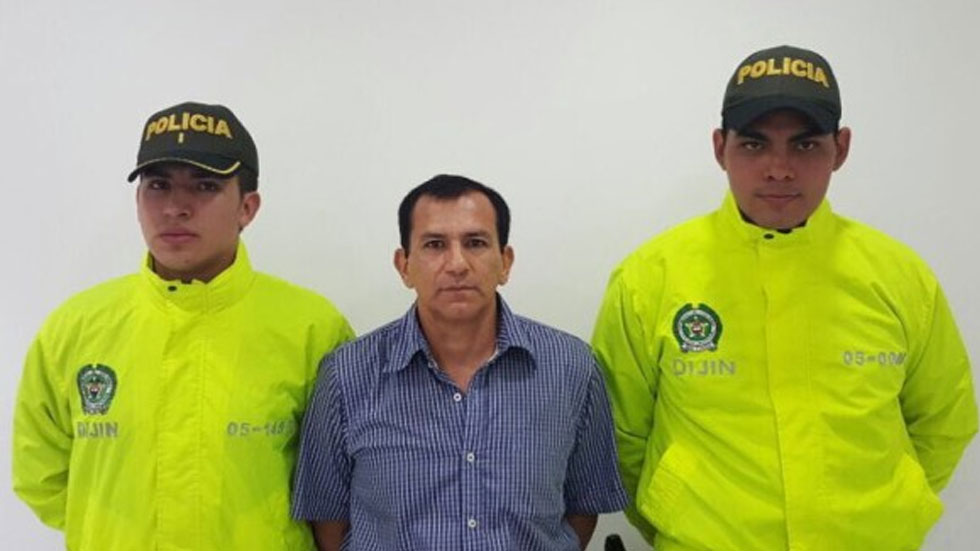 Colombia police said Thursday they have arrested “David Leon,” the alleged leader of the EPL, a former guerrilla group that controls a major part of drug trafficking routes to Venezuela.

Defense Minister Luis Calos Villegas announced the arrest of Leon, the alleged successor of long-time EPL chief “Megateo,” who was killed almost a year ago.

The EPL formally demobilized in 1991, but a dissident faction of the group, under the leadership of Megateo, remained in arms.

The group, which is believed to have no more than 200 members, has since taken control of drug trafficking activities in Catatumbo, a lawless region on the Venezuelan border where coca cultivation is prevalent.

The government has renamed the former guerrilla group to “Los Pelusos” and made them one of four illegal armed groups considered such a threat to public security that the military is allowed to bomb their camps and units.

The arrest of Leon, less than a year after Megateo’s death, further weakens the EPL dissidents’ control over drug trafficking and extortion activities in the region where they have been active for more than 25 years.

However, with both the ELN and the AGC ready to fill any possible power vacuum that might occur, it is unlikely that coca cultivation or drug trafficking in Catatumbo will be affected.