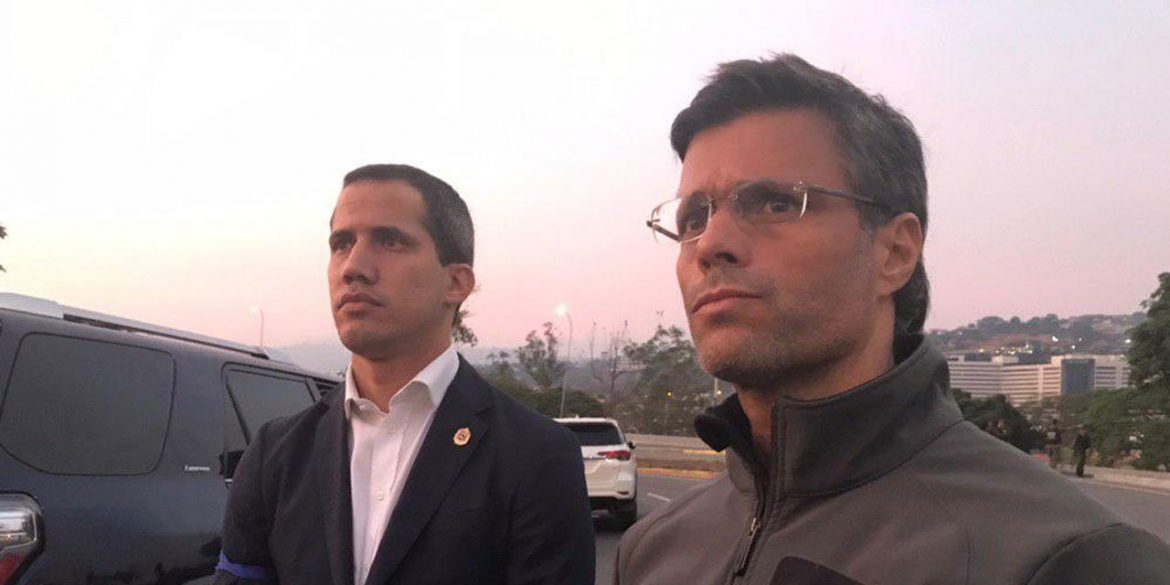 Duque called on the Venezuelan military to “put themselves on the right side of history” and pledge loyalty to Juan Guaido, the opposition lawmaker who declared himself president earlier this year.

Guaido, flanked by low-ranking members of the military, announced “the end of the usurpation” of power by Maduro after soldiers released fellow-opposition leader Leopolodo Lopez from house arrest early Tuesday.

The end of the usurpation has begun. At this moment I am meeting with the main units of our armed forces, initiating the final phase of Operation Liberty.

The Colombian government has recognized Guaido’s bid for the presidency together with most other countries in the Americas and Europe.

In response to Guaido’s latest attempt to oust his rival, Duque said on Twitter that “we call on the military and people of Venezuela to put themselves on the right side of history, reject Maduro’s dictatorship and usurpation” of power, “uniting themselves in the search for freedom, democracy and institutional reconstruction under the leadership of the National Assembly and President Juan Guaido.”

It is uncertain to what extent Guaido can count on the support of the military leadership, which has kept Maduro in power with the support of Russia and China.

The opposition leader would have taken control of a military base outside of Caracas while civilian opposition supporters resumed clashes with security forces loyal to Maduro inside the capital.

Duque’s support for previous attempts to coerce the Venezuelan military into supporting Guaido triggered Maduro to cut ties with Colombia.

The ongoing crisis in Venezuela, which has also suffered a virtual economic collapse, has spurred the migration of more than a million Venezuelans to Colombia over the past two years.