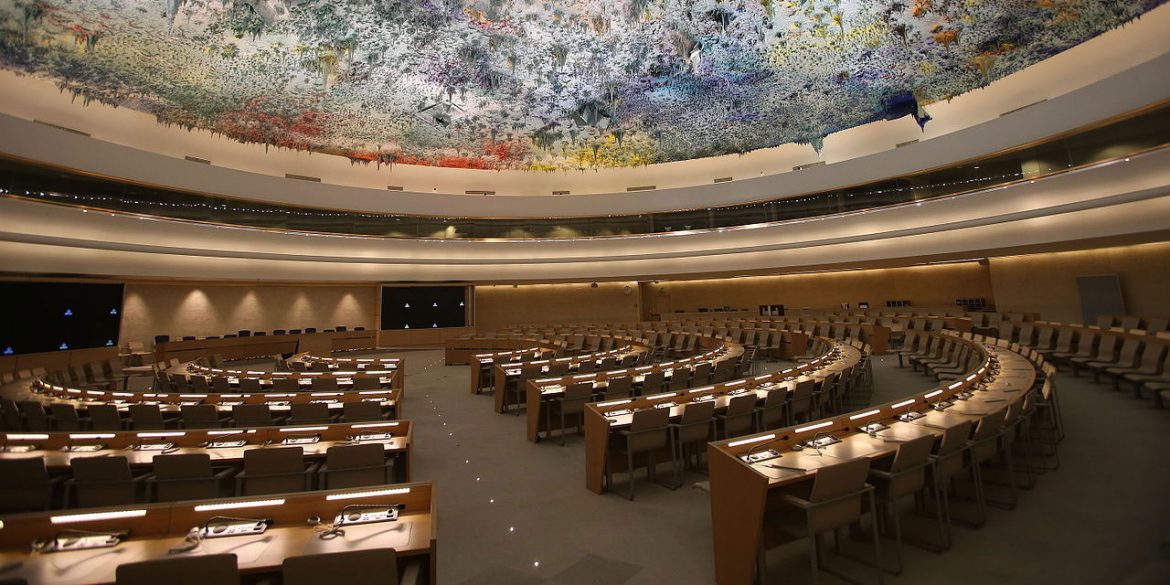 Colombia on Wednesday called on the United Nations to take action to end an escalating humanitarian and political crisis in neighboring Venezuela.

“Action and solidarity should be based on full rejection of the dictatorship of Nicolas Maduro in Venezuela,” Barbosa told the meeting.

“Last weekend, the world saw directly that the terror regime, whose main characteristic is violation of human rights, burned food and medicine being sent to hungry, famished people in Venezuela,” Colombia’s representative said.

The crisis in Colombia’s meighbor to the east resulted in violent clashes on the border on Saturday when vehicles carrying American food supplies and medicine were stopped by border agents.

With tensions almost at fever pitch amid an international campaign to oust Nicolas Maduro, the Colombian official is demanding that the UN plays a more active role in developments to bring about the establishment of democracy in Venezuela.

In such situations we can not remain silent … What is needed are actions that promote the transition and the holding of free and transparent elections with international monitoring, to guarantee as soon as possible the establishment of democracy in Venezuela.”

“What is needed are actions that promote transition and the holding of free, transparent elections with international monitoring in order to guarantee as soon as possible the establishment of democracy in Venezuela,” added Barbosa.

Colombia has found itself at the forefront of the crisis due to its proximity to Venezuela as well as its close relationship with the United States who too oppose the Maduro dictatorship.

The Andean nation hosted Venezuela’s opposition leader Juan Guaido, who has been recognized as the legitimate president by more than 50 countries including Colombia until Thursday.

The opposition leader’s stay in Colombia made the country a potential target for Venezuela’s military, which remains loyal to the authoritarian president.

On Monday, Colombia hosted a meeting of the Lima Group, a coalition of countries from the Americas that do not recognize the Venezuelan government. The summit was attended by Guaido and US Vice-President Mike Pence.

Colombia and Venezuela have a long history of thorny relations, but tensions like the current ones have not been seen since a major spat between Venezuela’s late President Hugo Chavez and former President Alvaro Uribe after Colombia’s an air force carried out an attack against guerrillas across the border with Ecuador in 2008.

Colombia is anxious to see a successful resolution to the crisis led by international observers such as the UN with any regime change likely to have major consequences for the South American country.