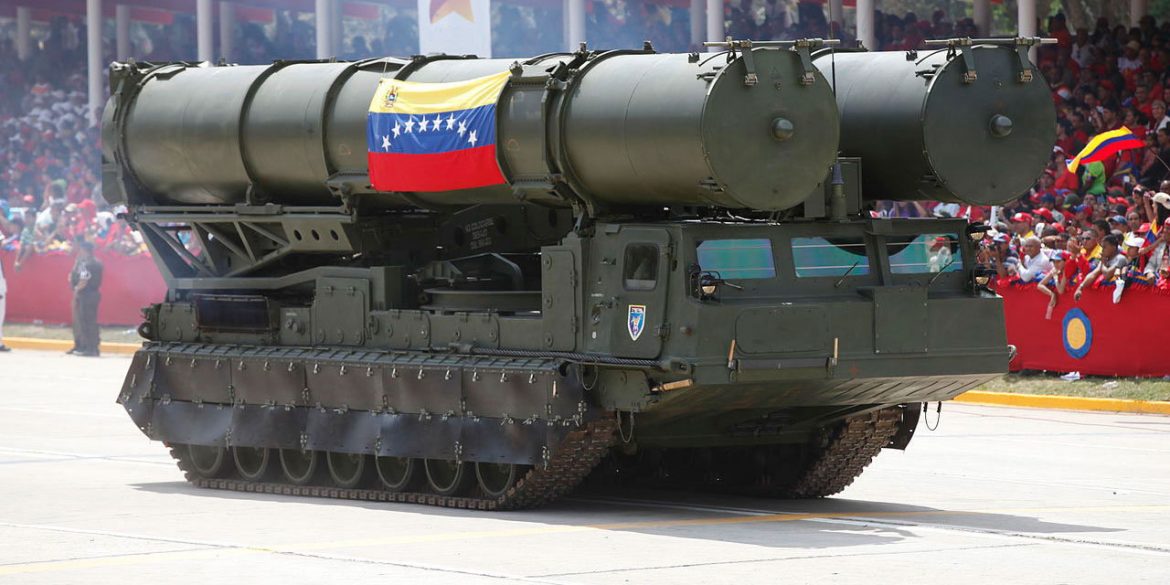 A possible war between Colombia and Venezuela could spell devastation for Colombia and aggravate the crisis in the neighboring country.

The prospect of war seems closer than ever after last weekend’s violent clashes on the border heightened tensions between the neighbors and spurred Venezuelan opposition leader Juan Guaido to call on the international community to “keep all options open.”

US Vice-President Mike Pence said that his government continues to “keep all options on the table” despite concerns about the devastating consequences this could have for both Colombia and Venezuela.

The current US regime also contains Michael Bolton, the man who pushed the invasion of Iraq in 2003 – a conflict which is increasingly being compared to the current situation.

Colombia has already become the “center of operations” of the international movement against Nicolas Maduro, making it a potential target for Venezuela’s military.

This weekend there was a well-organized operation to violate Venezuela’s sovereignty. Do you know where the aggression came from? From Colombia.

Colombia took serious risks taking a leading role in these negotiations, and allying itself with the USA and Guaido – risks that could add an international armed conflict to Colombia’s existing internal armed conflict with leftist guerrillas.

There are particular fears around airstrikes aimed at Colombia in the event of military intervention. Adam Isacson, a defense expert of the Washington Office on Latin America, said on his blog that not only might the border zone see some combat, but naval blockades and aerial attacks are “likely” in the event of a bilateral armed conflict.

Within each country’s interior, aerial bombardments would be likely and widespread. Both countries’ air forces are among Latin America’s best-equipped.

These predictions are well-founded: last year, Venezuelan politician Pedro Carreño said that Venezuela was prepared to face an eventual U.S. invasion, and that it would involve air-strikes on key Colombian infrastructure.

The river that divides Colombia from south to north – the Magdalena River – has seven key bridges. The first action of our air force is to tear down these bridges in order to divide Colombia in two.”

Vicente Torrijos, a conflict and security expert at the Universidad del Rosario, said that Venezuela has a clear “air superiority” over Colombia, while General Jose Mauricio Mancera, head of strategic planning for the Colombian Airforce called for strengthened air defense last year.

After clashes on the Colombian border last weekend, Venezuela’s President Maduro cut all diplomatic ties with Duque and Colombia and closed the border between the countries.

This level of hostility has not been seen since a spat between Venezuela’s late President Hugo Chavez and former President Alvaro Uribe after an air force attack across the border with Ecuador in 2008.

Even Maduro’s Venezuela has long been in a war of words with Colombia, calling President Duque “the devil in person” last year.

The crisis in Venezuela has already caused violence on Colombian soil, with unconfirmed numbers of injuries last weekend amid fire and chaos around an attempt to force humanitarian aid supplies across the border. Much of Colombia’s oil infrastructure lies in zones near to the border, and further conflict in those areas could be economically devastating.

Colombia is running risks – like border violence escalating to the level of an armed conflict.”

Colombia hosted a meeting of the Lima Group (a coalition of countries that do not recognize the Venezuelan government) this week, and joined with Venezuela’s interim President Guaido and US Vice-President Mike Pence in keeping the debate open to military tactics. The Lima Group continues to reject war.

The transition to democracy must be conducted by Venezuelans themselves peacefully and within the framework of the Constitution and international law, supported by political and diplomatic means, without the use of force.”

In the event of a US military intervention, Colombian territory is also likely to be used as a base for troops, and its clear diplomatic alliance with Guiado and the US regime could make it an obvious target.