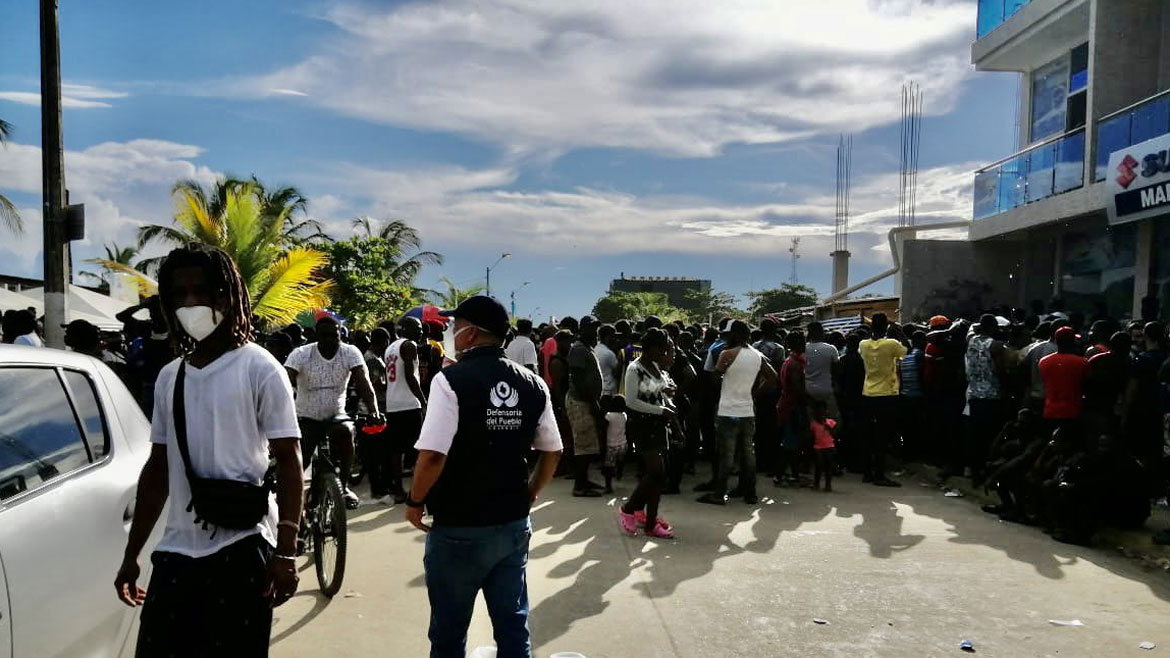 Colombia’s President Ivan Duque asked for international help on Thursday to deal with a refugee crisis that collapsed the northwestern border with Panama.

Thousands of refugees have been stuck at a human trafficking route in the northwest of the country that is popular among so-called “coyotes” who offer passage to the United States.

The undocumented migrants have been accumulating in the town of Necocli, Antioquia, where ships depart to the western Choco province, which gives access to the jungle border with Panama.

The approximately 10,000 migrants have collapsed Necocli, a town of approximately 70,000 inhabitants in the long neglected Uraba region.

The migrants hope to pass from Necocli and on through the dangerous Darien Gap towards Panama and then onwards to north America, principally the United States or Canada.

“This is something we have to deal with regionally and is not just something Colombia can do,” Duque said in a video conference with Washington DC-based think talk Council of Foreign Relations.

We have to deal with this situation because this is more than a refugee crisis, and in some cases has to do with human trafficking.

While the surge in refugees from Haiti may be attributed to recent unrest in the Caribbean nation state, African migrants have long used routes from Venezuela and Ecuador to Darien Gap on the Panamanian border.

The Colombian president called on the necessity to step up interception operations that would allow to disrupt illegal migration flows before they reach the Panamanian border.

The recent surge in refugees from Haiti and Africa comes as Colombia is already dealing with a migration crisis caused by the migration of millions of people from the neighboring country Venezuela, which started in 2015.

In an attempt with this unprecedented crisis, the Duque administration announced earlier this year that he would allow undocumented Venezuelans currently residing in Colombia to take part in a formalization process that would grant the, residency over the coming years.

The crisis in Venezuela followed a collapse in commodity crisis that created a humanitarian crisis on top of a political crisis.