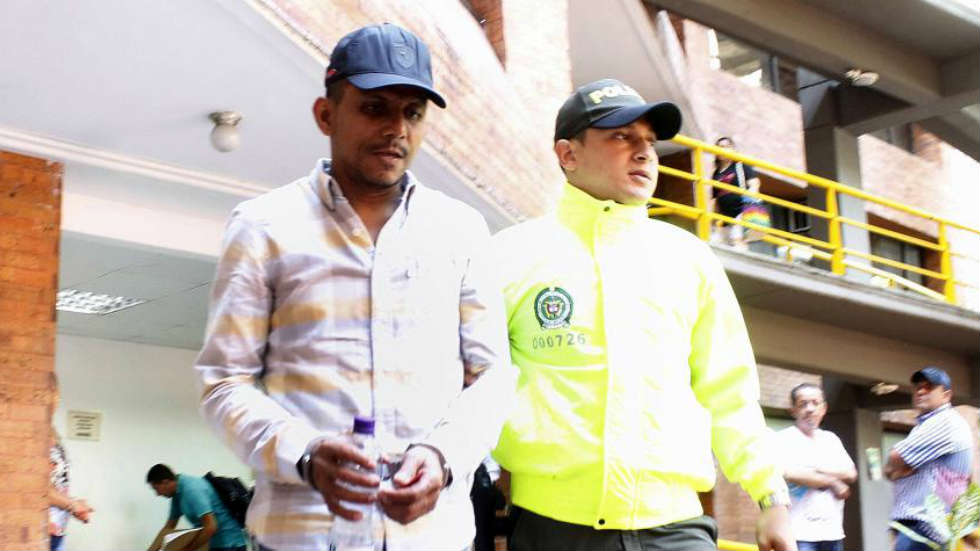 Authorities have arrested the leader of the enforcer army of one of Colombia’s most prolific drug lords, local media reported Sunday.

Arnulfo Guzman, a.k.a. “El Tigre,” was the supreme commander of the Libertadores de Vichada, a paramilitary group dubbed “Los Puntilleros” by the government because of its close ties to fugitive drug lord “Puntilla.”

According to the National Police, the commander in control of major drug trafficking routes from central Colombia to Venezuela and Brazil was arrested in Villavicencio, the capital of the Meta province.

Police intelligence chief General Jorge Luis Vargas told newspaper El Tiempo that El Tigre had spent years in the jungle region in the southeast of the Meta province, but had traveled to Villavicencio to celebrate Amor y Amistad, the Colombian Valentine’s Day, with a girlfriend.

He was arrested on Friday, more than 20 years after beginning his clandestine career, when he arrived at a home that was under police surveillance.

The detained paramilitary commander allegedly began in the 1990s as a fighter in the Centaurus Block of paramilitary umbrella organization AUC.

El Tigre refused to demobilize with the AUC between 2003 and 2006 and joined “Cuchillo,” a mid-level commander of the Centaurus Block to form ERPAC around the same time “Don Mario” founded the Gaitanista Self-Defense Forces of Colombia (AGC).

Following the death of Cuchillo in 2011 and the partial demobilization of ERPAC in 2012, El Tigre allegedly formed the Libertadores while rival former ERPAC members formed the Bloque Meta.

Throughout their existence the two illegal armed groups worked closely together with regional drug lords, initially with “El Loco Barrera” and later with “Puntilla.”