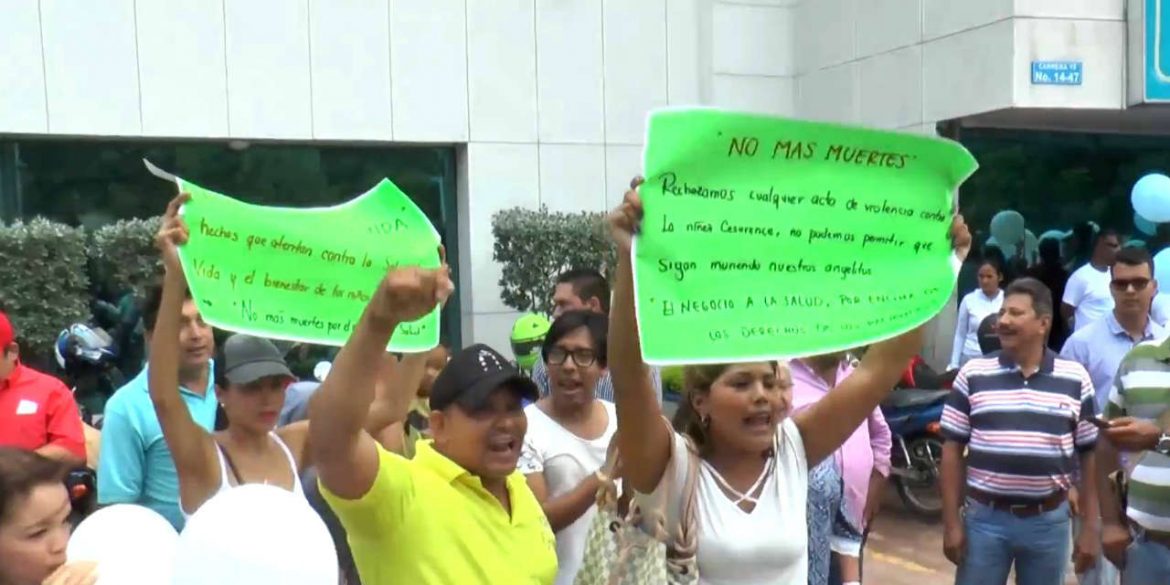 Mothers of the deceased babies have been demanding justice since September last year. (Image: 625 Noticias)
News

Colombia arrested four health officials on suspicion they caused the death of 16 babies who were given fake medicines to treat respiratory illnesses.

The suspects are two directors of pharmaceutical company Farma Pos, an independent intermediary and the person in charge of purchasing medication for the Laura Daniela hospital in the city of Valledupar.

The arrests follow more than half a year of protests organized by the mothers of the babies who died in the hospital, possibly because they did not receive the appropriate medicine.

According to the prosecution, Farma Pos developed a fake version of Survanta, a drug for babies with respiratory illnesses. The medicine was subsequently sold to the “Rosario Pumarejo Hospital and the Laura Daniela Clinic where some newly born were treated with the fake medicine.”

Prosecutors in Valledupar are “trying to establish whether the supply of the drug was directly related to the deaths of some of the children who were treated during the month of April 2016.”

The suspects were charged with copyright infringement and fraud. It is unclear whether they will be held responsible for the deaths of the babies.

Colombia’s healthcare watchdog has been investigating the hospital and the Valledupar health secretary since last year after finding out that children had been given fake medicine between June 2017 and January 2017.

According to the watchdog, the Laura Daniela hospital failed to verify the veracity of drugs that was purchased from local producers.

Health authority Supersalud said in October it was investigating whether other hospitals in the region had also purchased and administrated fake medicine.