An army captain was injured after he and at least one subordinate had “accidentally” entered a FARC demobilization camp in southern Colombia, the Ministry of Defense announced Wednesday.

The incident in the southern Guaviare province is the first breach of a ceasefire agreed nine months ago resulting in an injury, according to independent conflict monitor CERAC.

The captain was shot by guerrillas after he and his subordinate entered the security ring in what Defense Minister Luis Carlos Villegas called a “military error.”

According to the minister, the military members got lost in the jungle area after nightfall and accidentally entered the off-limits protection ring put in place half a year ago exactly to prevent violent confrontations between the demobilizing guerrillas and the military. 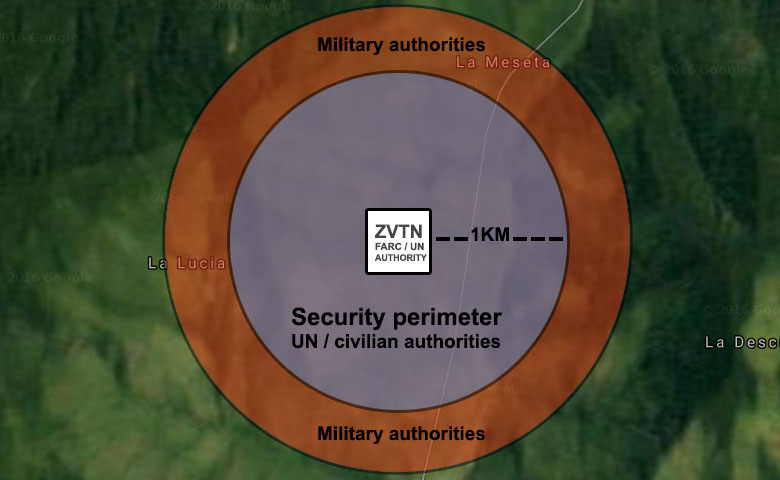 Villegas vowed full cooperation with the three-party ceasefire monitoring commission consisting of the United Nations, the national government and the FARC.

In an earlier incident in the same province, alleged members of a different military brigade tried bribing demobilizing guerrillas to abandon the process.

The FARC breached the ceasefire in the same province last year when, outside their demobilization zone, engaged in combat with dissident members, killing one.

The demobilizing guerrilla group has not made no official statement about the incident.

However, radio station RCN published an alleged internal guerrilla memo claiming at least four armed members of the military had entered the zone, looking for a FARC dissident.

Around midnight on May 30, a motorized infantry unit of four armed men entered the demobilization zone looking for a dissident FARC member to remove him from the area. Consequently, guerrilla units took action to defend the lives of the fighters staying in the camp.

According to RCN, the FARC’s internal memo said they had captured another soldier and surrendered him to authorities.

The guerrillas are currently demobilizing, but not yet disarmed as the government has failed to deliver many of the storage containers where weapons will be kept under UN surveillance until ultimately removed and turned into three commemorative art pieces.