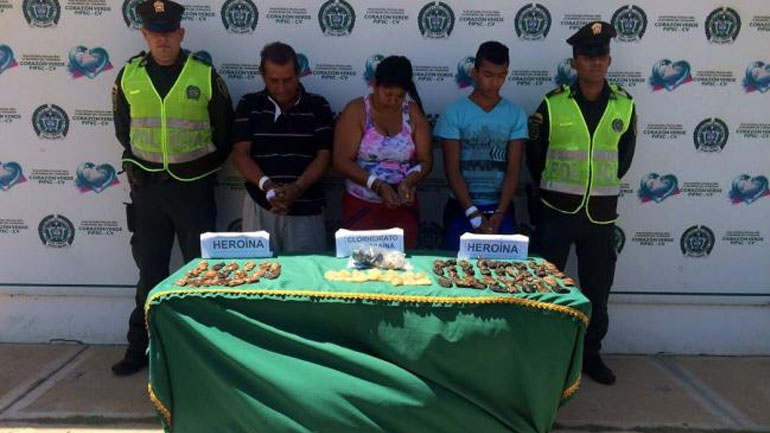 Airport police at an airport in the northwest of Colombia arrested a family of four, all found with cocaine and heroin in their stomachs.

The mother, stepfather and two sons — one of whom a 16-year-old minor — were taken apart for examination after behaving suspiciously nervous while waiting in line for customs ahead of their planned trip from the city of Cucuta to the Dominican Republic.

Apart from their apparent nervousness, Police became suspicious when finding out the family had only gotten their passports four days before the trip.

The family was carrying a total of 92 capsules of cocaine and heroin, medical personnel found.

The more than 2 kilos of heroin and 1.2 kilos of cocaine found in the family’s stomach would have an alleged street value of $100 thousand in Central America where the drugs allegedly were heading.

Colombia potentially produces almost 600 tons of cocaine each year. One of the ways of getting this drug to consumer markets in North America and Europe is by using drug mules, generally poor Colombians who swallow capsules full of drugs.