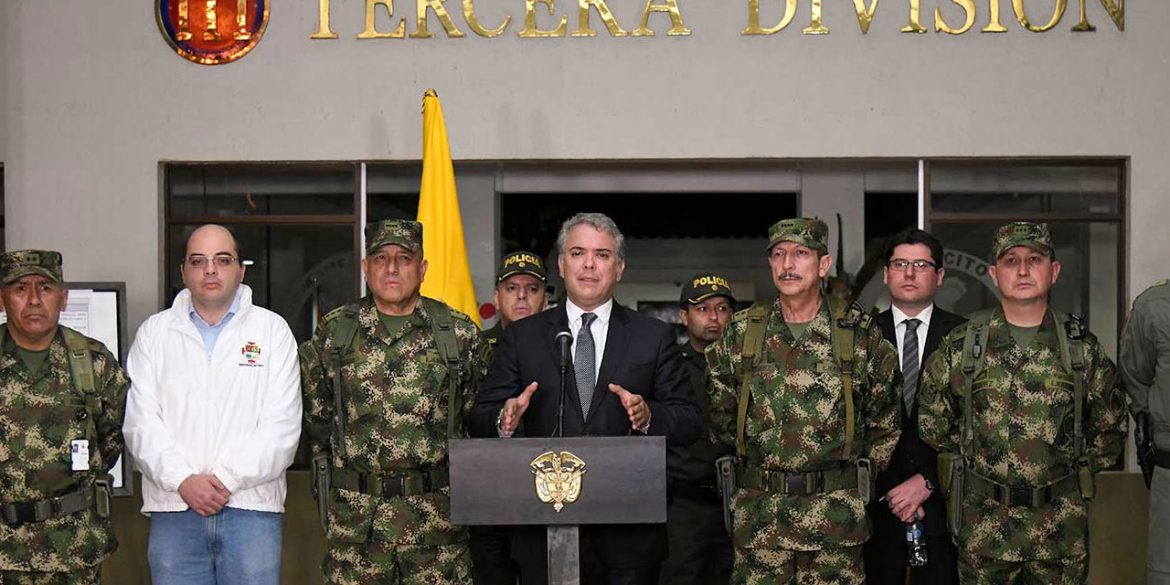 President Ivan Duque said Thursday that a guerrilla killed in combat, and not the initial suspects, was behind the massacre in which a mayoral candidate was killed in southwest Colombia.

Flanked by top military officials, Duque announced the death of alleged FARC dissident “Alonso,” who the president accused of being responsible for the killing of Karina Garcia and four others in the Cauca province earlier this month.

Until Thursday, authorities claimed that “Mayimbu” and “Marlon,” the alleged commanders of a FARC dissident group that operates in the north of Cauca, was responsible for the gruesome massacre.

Duque last week offered a $300,000 (COP1 billion) reward for the two leaders who he claimed to be the leaders of FARC dissident group that operate in the troubled region.

But on Thursday, the president said that “Alonso” was “the boss, the leader of these criminal structures” and in charge of maintaining ties with the Mexican Sinaloa Cartel until his death earlier that day.

The alleged guerrilla commander and two other alleged FARC dissidents were killed in combat in the municipality of Morales, according to the president. Two other alleged members of the rearmed 6th Front were captured in the operation, local media reported.

The president said he maintained the rewards for the initial suspects of the brutal murder of the mayoral candidate as they continue to be “high value presidential targets.”

Duque has made multiple contradicting claims in regards to alleged military successes against former FARC members who either refused to demobilize or rearmed during the peace process.