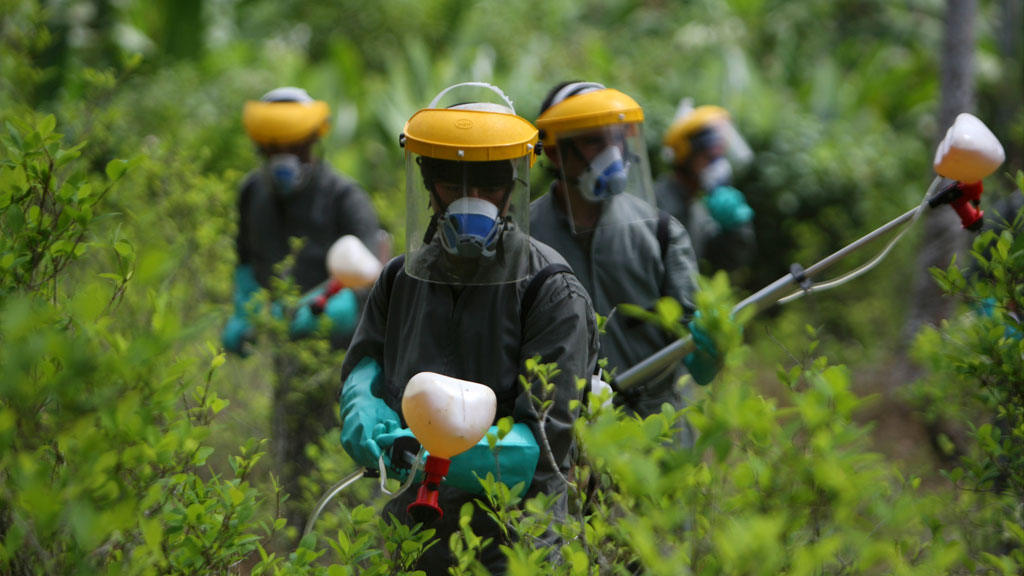 While coca cultivation in Colombia stagnated, the production of the plant used to produce cocaine dropped to such an extent in Peru that the country is close to losing #1 status, according to the United Nations.

In general terms, the supply of cocaine from South America continues to decline in line with the trend of recent years.

Crop levels in both Peru and Bolivia were down in 2013 while Colombia’s did not change.

However, authorities in Colombia continued to record the highest number of seizures of cocaine in South America.

The International Narcotics Control Board (INCB), an autonomous organ of the United Nations system, released their 2014 report on Tuesday.

The report concluded that in the past seven years, the total area within South America covered by coca plants fell by a third.

In Colombia the area under coca cultivation was 48,000 hectares in 2013. This figure remains the same today despite there having been a 25% decline in production between 2012 and 2013.

Coca cultivation in Peru and Colombia

The INCB report notes that crop reduction is one of the indicators pointing to the fact “that in recent years the global supply of cocaine from South America has been reduced to an extent that can have a tangible effect in major consumer markets.”

Thus, it is estimated that the availability of this drug in the markets of Western Europe and, especially, the United States “remains considerably lower than it was when at its highest point.”

In the case of Peru, the INCB stressed that the program for Integral and Sustainable Alternative Development could be contributing to reduced coca cultivation.

This initiative affects 800,000 people in seven departments, where the average extent of coca bush cultivation per household decreased by 35% between 2010 and 2013.

In 2013, Peru had the largest expanse of coca plantations with 49,800 hectares recorded despite a large drop from the previous year. This is compared with 60,400 hectares in 2012.

Regarding cocaine seizures, Colombia continues to record the largest number in South America. However this number has also dropped 5% from last year.

In November 2014, President Juan Manuel Santos announced a “pilot” program, set to take effect in April 2015, for illicit crop substitution in the southern state of Putumayo. Santos claimed that with the implementation of this plan, there will be “no more need” for fumigation.

As part of the ongoing peace process, the FARC and the Colombian government have made an agreement that the FARC will abandon the drug trade and trafficking in order to facilitate their legalization as a political organization.