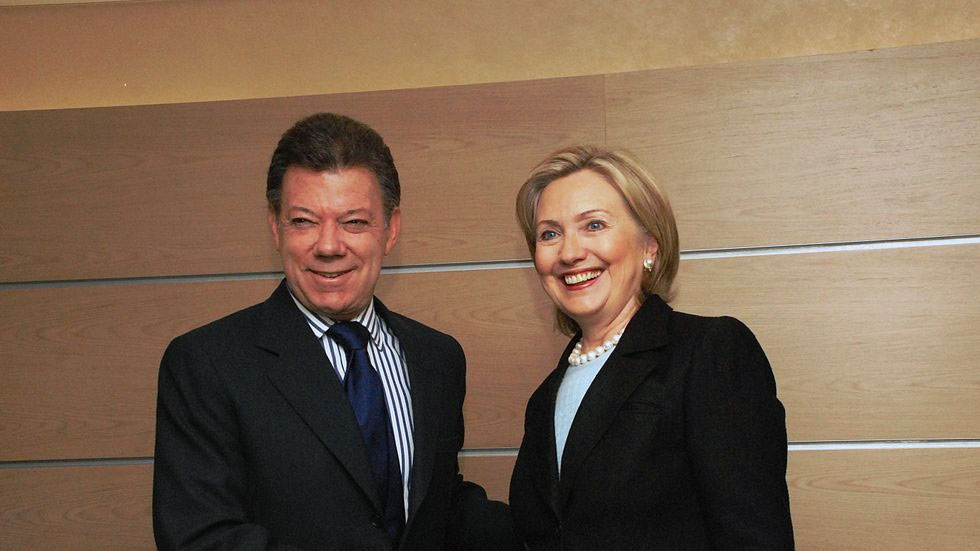 Clinton ‘more in line with’ Colombia than Trump: Santos

In an interview with French press agency AFP, Santos praised both Bill and Hillary Clinton for their past contributions to US foreign policy on Colombia.

In the same interview, he said Trump’s policy proposals “are not in line with what Colombia wants,” particularly when it comes to bilateral trade agreements and migration.

“In my experience, both Bill as Hillary Clinton have been great allies of Colombia. It was [Bill] Clinton who began ‘Plan Colombia’, which has been very useful” in the South American country’s efforts to combat leftist rebel groups.

Additionally, “Hillary was of tremendous support” as the US’ Secretary of State for successfully finalizing peace talks with the FARC, the largest of Colombia’s rebel organizations.

“I don’t know Trump, but Trump’s policy proposals are not in line with what Colombia desires of the United States and what Colombia desires globally: free trade and immigration policies that are convenient for all countries. In this sense, for what I know, the Hillary candidacy offers more guarantees.”

While Clinton was secretary of state, the US and Colombian governments closed a free trade agreement that has since become highly controversial because of its effects on the Colombian economy and the ongoing killing of Colombian labor rights activists.

Trump has said to be an opponent of such free trade deals and, paradoxically in line with US trade unions, has promoted a more protectionist economic policy.

But the Republican candidate can count on little support in Colombia where many were offended by his derogatory remarks on Mexican immigrants and his plans to deport immigrants, many of whom Colombian, illegally residing in the US.

The US will take to the polls on November 8.