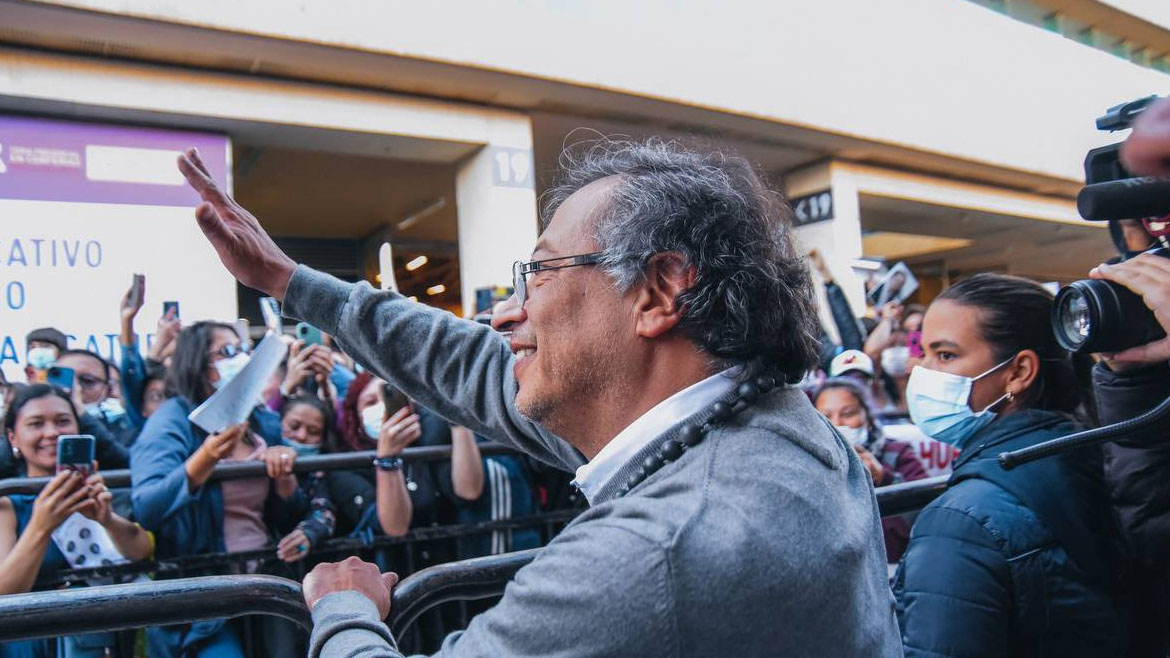 The frontrunner in Colombia’s election race, Gustavo Petro, said he would cancel rallies in the coffee region due to an alleged plot to assassinate him.

The prosecution announced almost announced an investigation into the alleged assassination plot.

In a tweet, Petro said that organized crime group “La Cordillera,” would be planning to assassinate the progressive candidate in alleged collusion with a member of police intelligence unit SIJIN.

The above information was verified by the analysis and investigations team of the “Petro Presidente” campaign, which had access to highly credible sources and some members of the police institution, who stated that a member of the SIJIN who had participated in the murder of youth leader Lucas Villa would also be part of the criminal plan.

Progressive Medellin Mayor Daniel Quintero said on Twitter that a large landowner from the Antioquia province had been making similar assassination plans.

The unit that was in charge of investigating the assassination of student leader Lucas Villa in Pereira was allegedly ordered to contact Petro’s campaign team.

The prosecution said that it would investigate anything “that put at risk the integrity of the participants and the normal development of the electoral contest.”

Conservative candidate Federico Gutierrez, the runner up in the election race, responded by claiming that Petro supporters wished him dead.

The progressive frontrunner in the election race survived an assassination attempt in 2018 when he was running against President Ivan Duque.