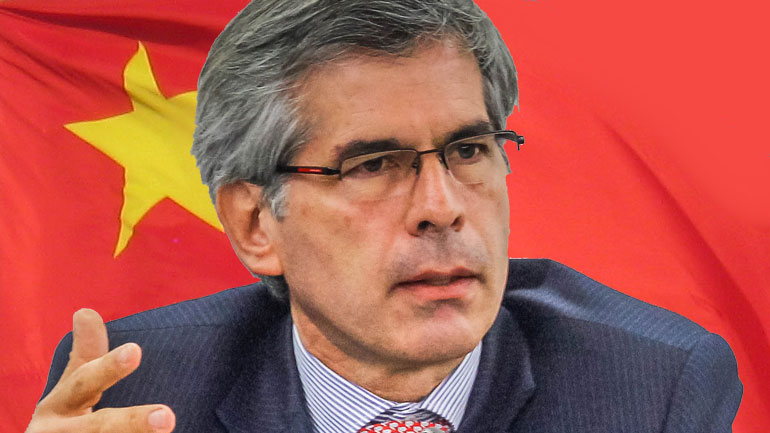 Colombia’s Justice Minister reported on Thursday that the repatriation of drug trafficking convicts held in China is “unlikely” due to a lack of will from the Chinese government.

Yesid Reyes, Colombia’s Justice Minister, said that the Chinese government has yet to release an official response on the proposal of returning Colombian national convicts facing extreme sentences in the country.

An agreement between the country is essential ahead of the repatriation of any convicts, as such their chances currently look slim.

Colombia asked for the repatriation half a year ago.

The Justice Minister revealed to Caracol Radio “the Foreign Ministry and the Colombian government have started procedures and have already made a proposal to the government of China to see if it is feasible to make a repatriation treaty and so far there is no official response. ”

First the authorities will need to reach an agreement and with no official response from China this dialogue is not developing.  After this legal proceedings would then come into play regarding the transfer of sentences, for those with the most severe sentences of the death penalty the equivalent has not existed in Colombia since it’s abolishment in 1910.

A lucrative business opportunity lies in the trafficking of drugs to the China where street value is almost 100 times that of Colombian sale. The penalties for those caught are however extreme, with many facing execution and life sentences.

According to Chinese authorities there are currently 138 arrested Colombians held in the country, with 90% of these crimes related to drugs trafficking. 11 of these are currently facing life sentences and 12 the death penalty.

A plea from convicts

This April, from prisons in Shanghai, 12 Colombian nationals appealed to the government for a treaty of repatriation back to the country, through a series of letters delivered to the Senate.

These letters detailed the pain and torture experienced in Chinese prisons requesting action from the Colombian government on their behalf to sign an agreement with the Chinese government allowing them to serve their sentences on Colombian soil.

In early July the Colombian government reported advancements in discussions with Chinese authorities over the repatriation of the convicted drug-traffickers. The President of Congress Joseph David Name reported possibilities to return those with minimal time remaining to serve, but as there is no equivalent death penalty or life sentencing in Colombia these individuals would likely remain in China.

Colombia’s Foreign Minister Maria Angela Holguin has reported that Colombian authorities began dialogues over the convictions of these Colombians and possible repatriation with the Chinese Foreign Ministry.

Most recently the arrest of Colombian celebrity Juliana Lopez, a model and footballer who was found with a laptop filled with drugs when entering the city of Guangzhou has drawn attention to the issue of trafficking to China, and the consequent severe penalties administered by authorities.