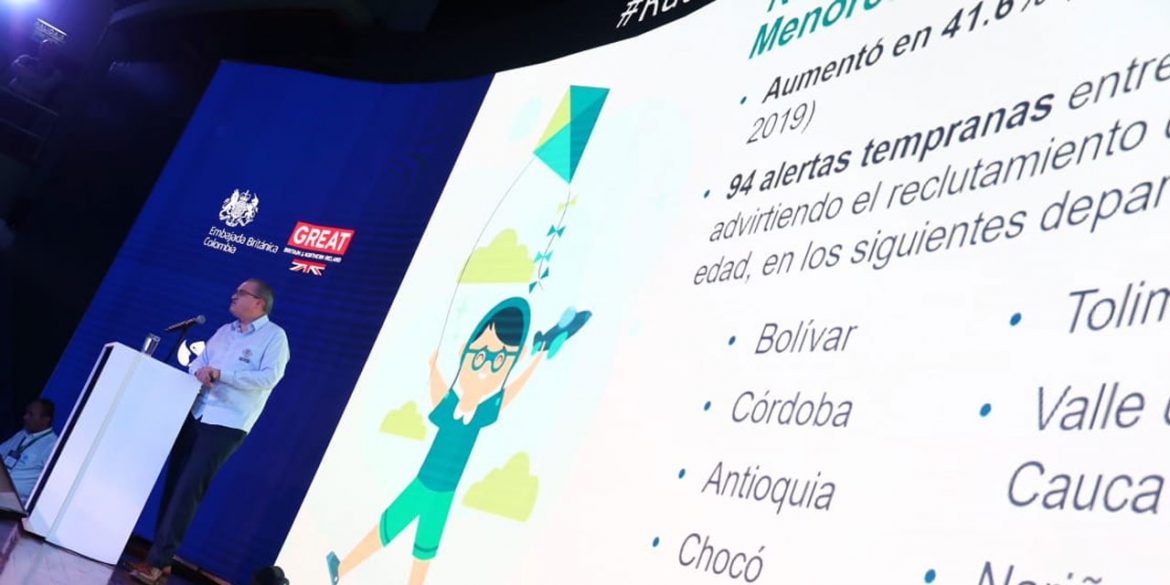 Reports of the recruitment of children by illegal armed groups have gone up 41.6% over the past year, Colombia’s Inspector General Fernando Carrillo warned on Wednesday.

At a forum with mayors and governors elected last month, Carrillo stressed that his office sent out 94 alerts to the national government about the phenomenon in the first nine months of the year.

Nevertheless, “we continue to stand idly by without working on an articulated national public policy… to avoid this terrible scourge,” the inspector general said.

Carrillo has been warning about the recruitment of child soldiers since 2017 when an ongoing peace process with the FARC was just starting and dissident factions began to form.

Because the vast majority of FARC members appear to have abandoned the armed conflict for good, dissident and rearming guerrillas rely on the recruitment of minors to gain military strength.

Other groups like the ELN guerrilla group and AGC paramilitaries, as well as urban gangs, have been accused of the same practice.

The recruitment of children by illegal armed group became painfully visible last week when the prosecution revealed that at least eight victims of forced recruitment, including a 12-year-old girl, were killed in an army bombardment of a FARC dissident camp.

Locals told Canal Uno that as many as 18 minors were killed in that attack and that three of them had been executed by soldiers.

Carrillo stressed that mayors and governors should implement policies “that prioritize the protection and guarantee of the rights of children.”

Additionally, the inspector general urged the incoming local and regional executives to implement the peace deal made with the FARC to reduce children’s vulnerability to forced recruitment.

Child recruitment has been a constant in Colombia’s armed conflict and organized crime; both illegal armed groups and urban gangs take advantage of children’s lack of opportunity or problems at home to recruit them.