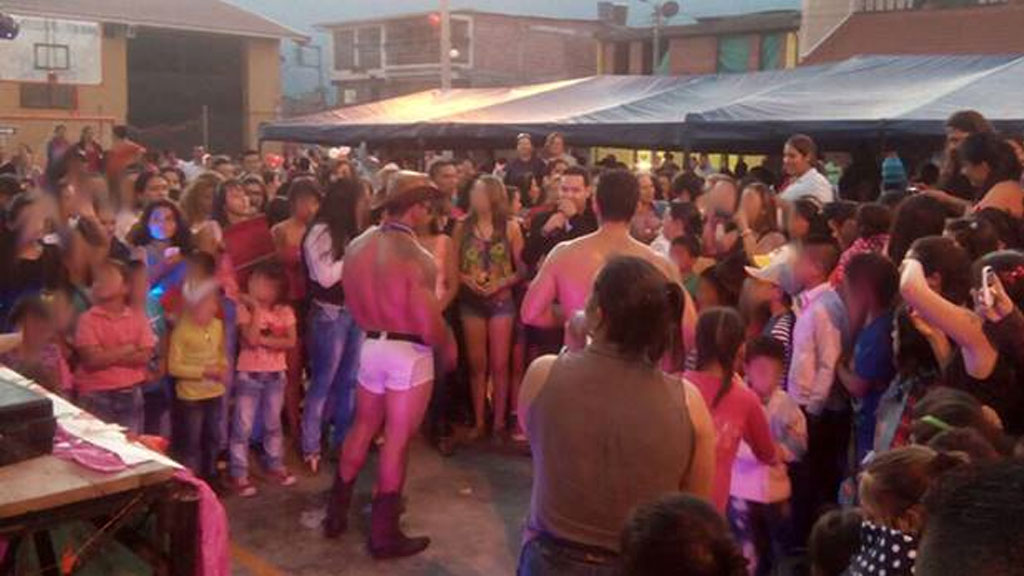 The mayor of a town in central Colombia has become the center of controversy after hiring male strippers to perform at the local commemoration of International Women’s Day.

Mayor Alfredo Garcia of the town of Anzoategui decided to liven up the day to promote gender equality by inviting two male strippers who — on the town’s central square and before the eyes of dozens of children — stripped down to their underwear.

“They could have hired workshops or lectures for the family. Instead they brought us naked men,” one of the women present at the event told newspaper El Tiempo.

“The party was disgusting, it was vulgar. And the worst of it is that they did it before our children on the central square, a space built for families,” another annoyed mother said.

The atypical celebration also spurred the rage of the local ombudsman who told the newspaper that the strippers cost the municipal government $7,000 “in a poor municipality with numerous social needs.”

The mayor on Monday apologized and said he wasn’t aware that the organizers of the Women’s Day festival had hired strippers.

“I signed the contract but didn’t know what the show consisted of. To be honest, I was completely unaware that muscular men would dance in their underwear,” Garcia was quoted as saying by El Tiempo.

According to Garcia’s son, the show was ended prematurely as soon as he noticed that the men on the stage had taken off their clothes.

However, video of the event showed that this was a blatant lie.

“Half the town was not amused, but another part was very happy with the party,” the son told El Tiempo.