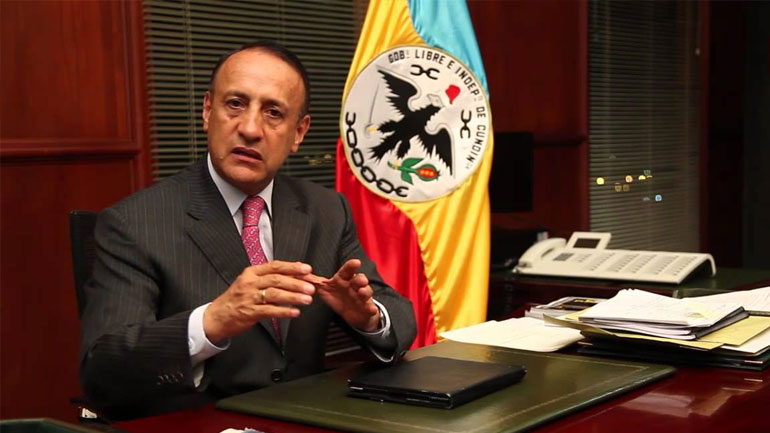 The governor of the central Colombian province of Cundinamarca resigned on Tuesday amid accusations he took part in a major corruption scandal in the capital Bogota.

Alvaro Cruz handed sent his resignation letter to President Juan Manuel Santos less than half a year before the end of his term on December 31.

The politician had been implicated in a kickback scandal in Bogota that cost Colombia’s capital more than $500 million in funds meant for infrastructure projects.

According to the prosecution, Cruz was one of the beneficiaries of kickbacks paid to government officials by a construction company that would purposely delay works in order to overcharge.

The accused officials did not just receive kickbacks for granting the contracts, but also for allowing the increased expenses.

Cruz has been alleged to illegally have received $270 thousand.

The corruption scandal broke in 2010 and resulted in the incarceration of then Bogota Mayor Samuel Moreno who is still in jail awaiting trial. His brother, former Senator Ivan Moreno, was sentenced the 14 years in prison over the corruption practices.