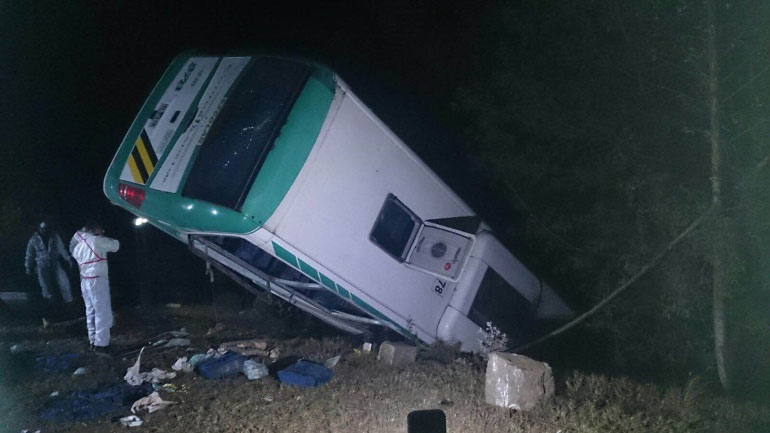 A tourist bus accident that took place in Central Colombia on Sunday evening killed at least seven. Another 23 were injured, local authorities said.

The accidents took place between the towns of Zipaquira and Ubate in the Cundinamarca province.

Authorities told media that the bus seemed to have lost its brakes after which the driver lost control of his vehicle, which flipped and slid into a ditch.

Six of the 35 passengers were killed instantly, while a seventh died on its way to hospital.

All victims were Bogota students and professors of a university who had been on a day trip.