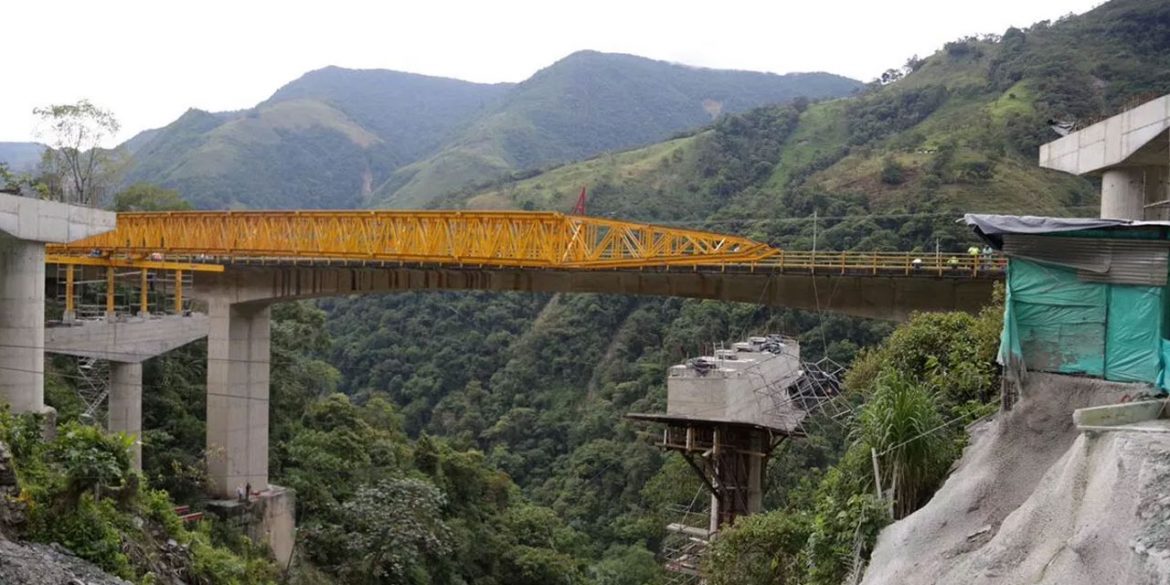 Five people died on Monday after a structure fell at the building site of a bridge that collapsed and killed 10 people earlier this year.

Workers were at the site of the La Pala motorway bridge in Chirajara – a huge project connecting Bogota to the city of Villavicencio – when a metal structure supporting the construction gave way.

Over 60 people were involved in retrieving the bodies of the workers who dropped over 150 meters, local media reported.

It is La Pala’s second tragedy this year after 10 workers died when the bridge collapsed in January.

One worker, Jose Alejandro Gutierrez, 29, was the only survivor of the latest incident and told local radio that he didn’t fall as he was on another platform – but witnessed his colleagues plunge to their deaths after the scaffold fell.

Engineer William Valencia told RCN Radio that a series of metal parts in place to raise the main beams of the bridge may have given way, causing the workers to fall with it.

“What seems to be here is that the scaffolds gave way and the whole structure went to the floor,” he said.

Coviandina, the company in charge of the construction, is a subsidiary of Grupo Aval, a holding company headed up by Colombia’s richest man, Luis Carlos Sarmiento.

The corporation is also under fire for its dealings with Odebrecht with who it carried out another construction project that has been marred by bribery.

Coviandina gave their condolences to the families of the second group of killed workers on one of their sites this year.

The 446 meter bridge is a project connecting a motorway from the capital to the central Colombian city of Villavicencio.

Planned works include the construction of 18 new tunnels and 42 bridges and viaducts as well as new lighting and CCTV cameras.

Many carriageways in Colombia are winding and narrow. Journeys are often delayed when lorries break down.

The La Pala bridge is part of project to speed up traffic heading out of the capital.