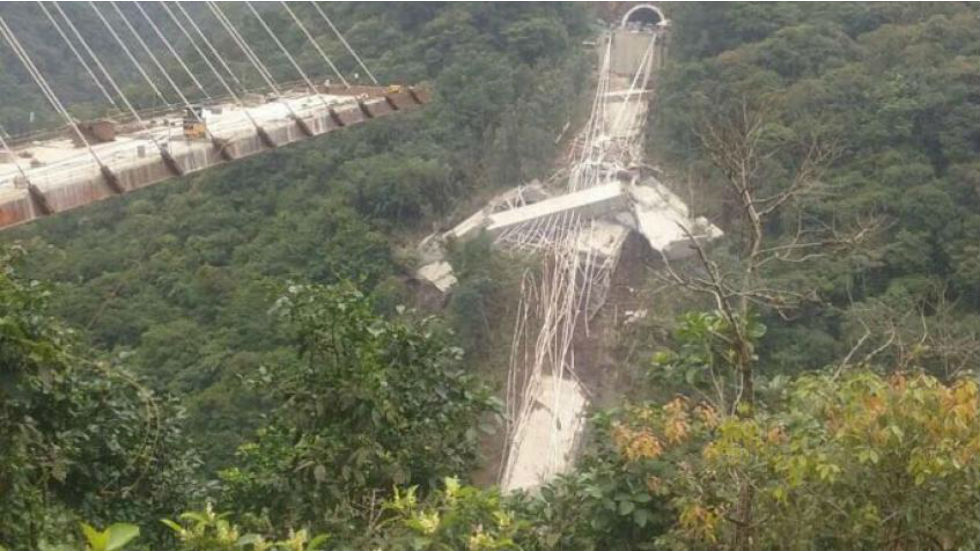 Ten people have died and three are injured following the collapse of a bridge under construction for a road connecting Colombia’s capital Bogota and the city of Villavicencio on Monday afternoon, according to authorities at the scene.

The incident, which occurred around noon saw the structure in the Chirajara area give way, with the local fire department in the Cundinamarca province confirming the loss of ten lives, all of whom were construction workers on the bridge.

Colonel Jorge Diaz, of  the Civil Defense, confirmed that “ten people were killed, nine died at the site of the accident and one was transferred to a hospital where he died,” reported El Espectador newspaper.

The construction workers plummeted an estimated 280 meters to their deaths after the structure collapsed.

The National Agency of Infrastructure (ANI) and Coviandes confirmed in a statement that an Emergency Security Plan has been activated and that tending to the injured is the immediate priority.

“The Coviandes, Coviandina Rescue Units, as well as personnel from the Guayabetal, Villavicencio, Caqueza and other national relief agencies have been dispatched to the site, and the injured have been transferred to assistance centers in the capital of Meta. For now, travelers will find themselves restricted during road travel, especially at the tollbooth at Naranjal and in the area of Buenavista, in order to facilitate the movement of relief agencies,” reads the text.

The site is located 65 kilometers from Bogota where works are being carried out on the highway on the route to Villavicencio.

The bridge was expected to be delivered at the end of March this year. It would have had a length of 446 meters.