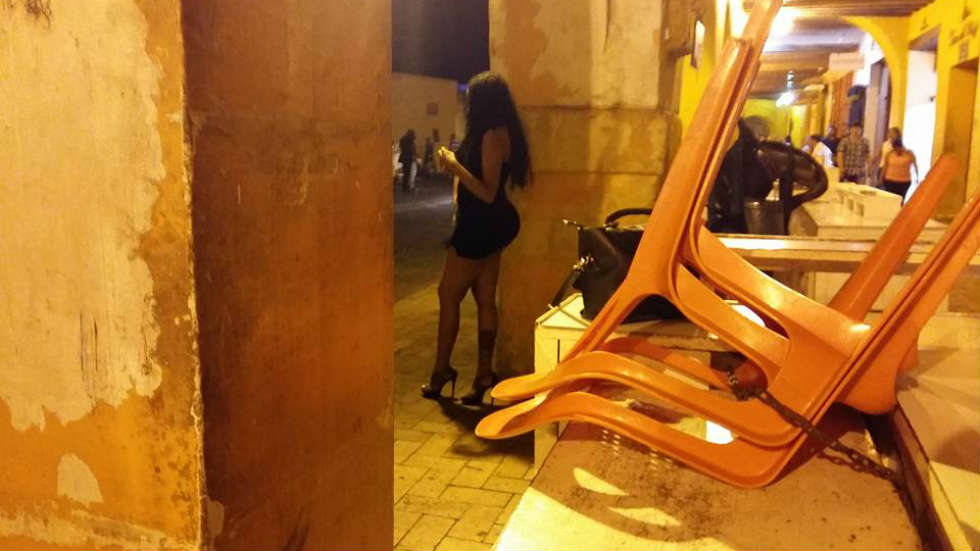 A priest from the northern Colombian city of Cartagena is under fire after denouncing ongoing sex tourism in the tourism hotspot before Pope Francis.

While the priest sought attention for the exploitation of poor women and children in the famous walled city, others felt it was inappropriate to hang out the dirty laundry in the presence of the Catholic Church leader.

“in Cartagena, the cases of sexual exploitation have not increased, and on the contrary, it has seen a strong campaign against this scourge,” said Elkin Castaño of the Renacer Foundation, which has worked with local authorities to curb the sexual exploitation of minors.

Father Elkin Acevedo from the San Francisco neighborhood told Pope Francis, however, that in spite of efforts some tourism agencies continue to promote sex tourism in the city.

The youth community is very active and church-going, has many musical talents, and to help them overcome poverty we have two social programs of our archdiocese: Thalita Qum, which seeks to prevent girls and adolescents from this heinous crime that some agents unfortunately promote in Cartagena. This embarrasses us greatly, and we would like a wall to be formed around the Cienaga de la Virgen to protect our girls.

According to the cleric, there exists no reliable data to sustain claims that sex tourism involving minors has dropped.

It is a clandestine practice. So far it is very difficult for us to respond to accurate data. We only know that at night we find many women in the historical center, for example, offering themselves as merchandise.

According to the local Police, its unit for children attends two cases of child sexual abuse per day, but has yet to receive its first report of sexual exploitation or human trafficking of minors this year.

As a tourist city, Cartagena is prone to sexual violence, drug dealing and prostitution, problems that affect mainly people living in the periphery. And in the specific case of this city, the area marked by poverty.

Local authorities have since then vowed to curb the trend, but have yet to show concrete results as poverty continues to drive women into the arms of pimps.

Alvaro Restrepo, a dancer who has lived in Cartagena since the 1990s, reported earlier this year in newspaper El Tiempo that he had seen no improvement in the sexual exploitation of women, mainly from the city’s vast slums, around the Plaza de los Coches.

Someone, confronted with the depressing spectacle that we found there and, said with a tragic and mournful sense of humor: “They would have to change the name to this place to pussy plaza,” such was the number of prostitutes, pimps and clients that swarmed in an environment of decadence, vulgarity and filth.