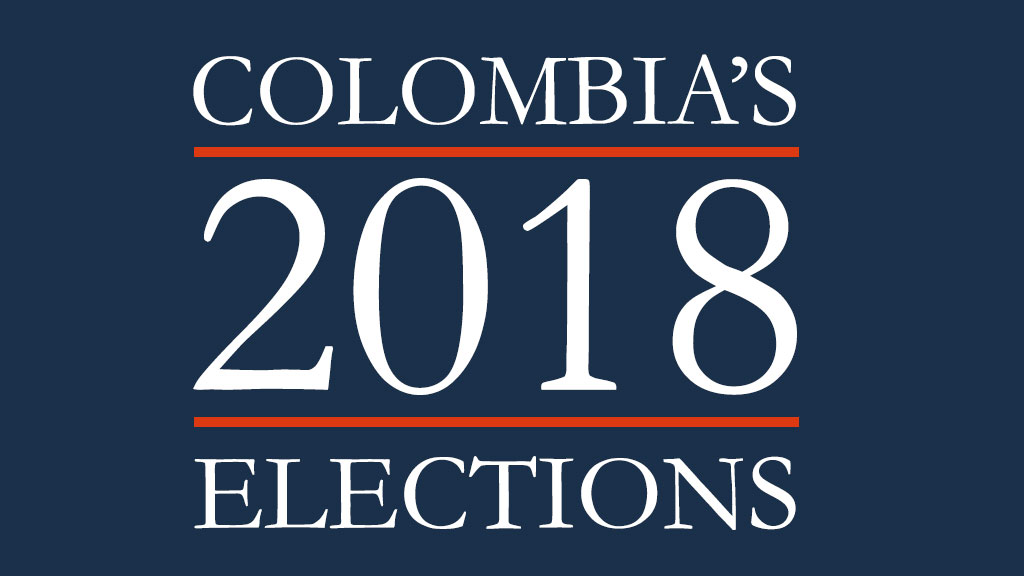 Colombia’s 2018 elections will see some of the past decade’s most dominant politicians of a variety of backgrounds. Some are dynasty politicians, others former guerrillas and one is the latest puppet of former President Alvaro Uribe.

While others might take part and even surprise, these aspiring presidents are the ones to expect most of in the campaign ahead of the 2018-2020 presidency. 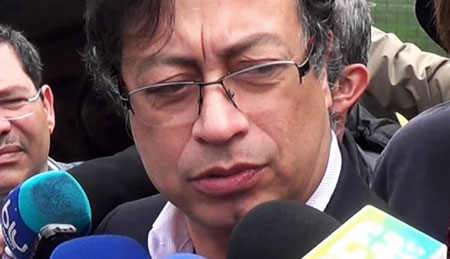 Gustavo Petro surprised many when coming out on top of a presidential poll early this month. By the time he ended his term as mayor of Bogota in December 2015, the former M-19 guerrilla had one of the lowest approval rates in the country after a tumultuous first term in an executive office.

Fortunately for Petro, his successor Enrique Peñalosa performed even worse and retracted a number of social programs popular among Petro’s lower class electoral base.

Petro’s tenure as mayor was marred by controversy as the Bogota elite in the city council actively opposed government policies, spurring the socialist to rule by decree rather than with consensus.

The former Bogota mayor’s confrontational attitude to opposition could complicate a presidency as Petro would have to work with a congress that is largely comprised of corrupt provincial elite politicians who loathe the socialist even more than their counterparts from the capital.

Petro’s political agenda is unapologetic Socialist in the sense that it favors state capitalism aimed at creating public funds for social development. However, the politician’s management skills and divisive attitude have severely hindered his ability to get things done.

There are no indications Petro has engaged in corrupt or dishonest activities. 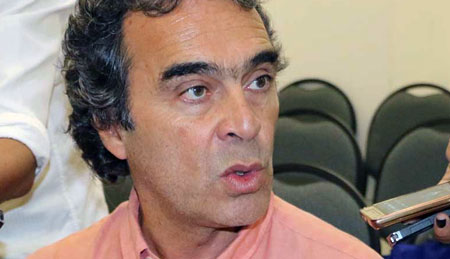 Dynasty politician Sergio Fajardo is one of the most shrewd power brokers in Colombia’s politics.

Born into a prominent construction family from the electoral powerhouse of Medellin, Fajardo has cleverly used his vast business and political network to become one of the top players in the political field.

With the exception of the 2010 presidential election, Fajardo has repeatedly succeeded in being elected into public office and maintaining high approval ratings in spite of costly failures in the execution of public projects.

Fajardo has been surrounded by corrupt political clans from his home province of Antioquia and has become iconic in the region for his ability to coexist peacefully with regional drug trafficking structures. 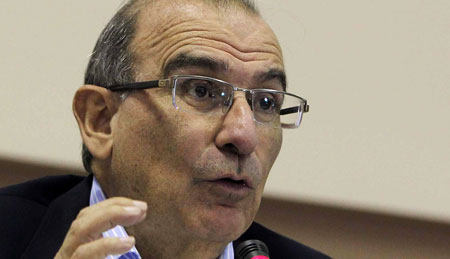 Humberto de la Calle is an old-school Liberal and possibly the most senior of all candidates in the 2018 elections.

While currently most famous for his successful leading of peace negotiations with the FARC, De la Calle has a long history of realpolitik having served both under former Liberal Party President Ernesto Samper (1994-1998) and his biggest rival, Andres Pastrana (1998-2002) of the Conservative Party.

De la Calle has been part of the political establishment since the 1980s and was one of the architects of the 1991 Constitution that drafted as part of a peace plan with Marxist guerrilla groups the year before.

De la Calle was elected vice-minister in 1994 after Samper’s election campaign that was partly financed by the Cali Cartel. When this scandal broke in 1996 and De la Calle his superior refused to resign, the vice-president resigned himself.

Until the peace talks with the FARC began in 2012, De la Calle continued his career as a diplomat and lawyer without much controversy. 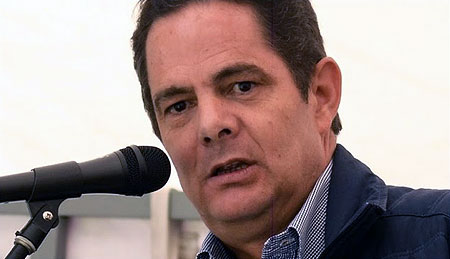 German Vargas could be the personification of a typical dynasty politician who has been groomed to perform at top levels of government since his youth.

Born the grandson of President Alberto Lleras and the nephew of former presidential candidate Carlos Lleras, the latest heir of the Lleras dynasty began his political career in the Liberal Party in his teens while still in university.

Vargas left his long-time party together with President Juan Manuel Santos to support former President Alvaro Uribe’s 2002 election bid. In 2003, Vargas formed his own political party as the primary vehicle for his political ambitions in later elections.

The Bogota elite politician broke with Uribe in 2009 when Vargas opposed a possible third term for his previous ally and announced his own presidential bid.

Uribe ended up impeded from running and Vargas lost the 2010 election to his long-time ally Santos, who immediately incorporated Vargas and his movement in his government.

Since then, the shrewd politician steered clear of any controversy, particularly peace talks with the now-demobilized rebel group FARC. Instead, Vargas spent much of his time cutting ribbons across the country until March 2017.

He announced to run for president without his Radical Change party that under Uribe had become marred by its members’ using paramilitary death squads to get elected into office. 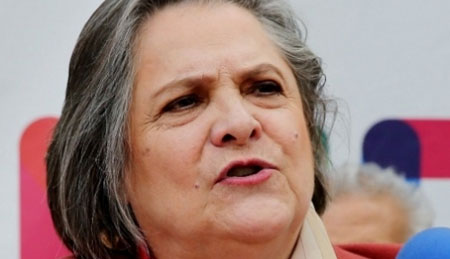 Clara Lopez is the heir of one of Colombia’s oldest political dynasties that has been producing presidents since the early 20th century and has been represented in both the Liberal Party and the Conservative Party.

From an early age, Lopez was interested in politics. After attending a boarding school for girls in the United States, she went on to study economics at Harvard where she became a student political leader.

Also her social life revolved around politics. In the 1970s she went out with Alvaro Uribe, a wealthy and ambitious Liberal Party party politician who would later become president.

In the 1980s, Lopez aligned herself with a newly founded Patriotic Union, but abandoned the socialist party after it became the target of mass assassinations by extreme right paramilitary groups.

She returned to politics after the demobilization of the paramilitary umbrella organization AUC in 2006 and joined the newly founded leftist opposition party Democratic Pole of which she soon became a prominent leader.

Her tenure, however, was not without controversy because of her political heritage and her ties to the Moreno family, another political dynasty that became embroiled in corruption allegations.

She was removed from the party in 2016 after accepting a job as Labor Minister in the administration of President Juan Manuel Santos, the government opposed by her party.

She quit the job in March, just in time to announce she would be running independently in the 2018 election. 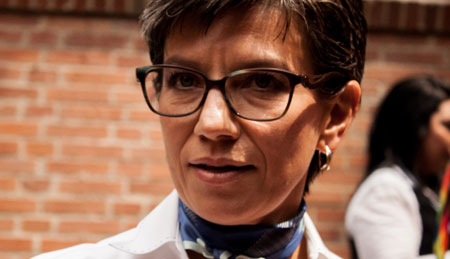 Senator Claudia Lopez (Green Alliance) is the outsider in the upcoming elections because of her lack of political klout and frequent clashes with established politicians and dogmas.

Unlike many of her competitors, Lopez is not from a political dynasty and has not groomed for politics since she was a kid.

Nevertheless, the former political analyst is highly qualified, having graduated in Finance, Government and Foreign Relations at the Universidad Externado in Bogota and receiving a masters in Public Administration and Urban Politics at Columbia University in New York.

Lopez gained national attention during the administration of former President Alvaro Uribe, who she fiercely criticized because of the rampant links between that administration and extreme right paramilitary groups.

After President Juan Manuel Santos took office in 2014, he became the frequent target of Lopez’ criticism because of his failure to effectively curb widespread corruption.

She became Senator for the Green Alliance party in 2014, but soon expressed her discomfort with the dysfunctionality of the legislative branch.

She announced to be running for president in early 2017. 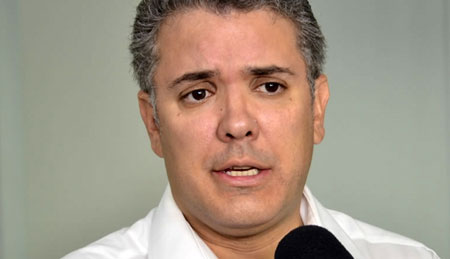 Senator Ivan Duque is a Conservative dynasty politician and the presumed candidate for the Democratic Center, the hard-right political party led by former President Alvaro Uribe.

Without any political experience, Duque in 2014 was elected Senator for Uribe’s party that was founded to protect the controversial political legacy of the hard-right former president.

The Duque and Uribe families have been political associates since the days of the Medellin Cartel when the senator’s father was appointed Governor of Antioquia and Uribe Mayor of Medellin. Both were removed from office.

The current senator initially stayed out of politics and specialized in banking, working as adviser for both for the Inter-American Development Bank and the United Nations.

Duque’s absence from politics has prevented him from being embroiled in any of the corruption and war crime scandals surrounding the Democratic Center party.