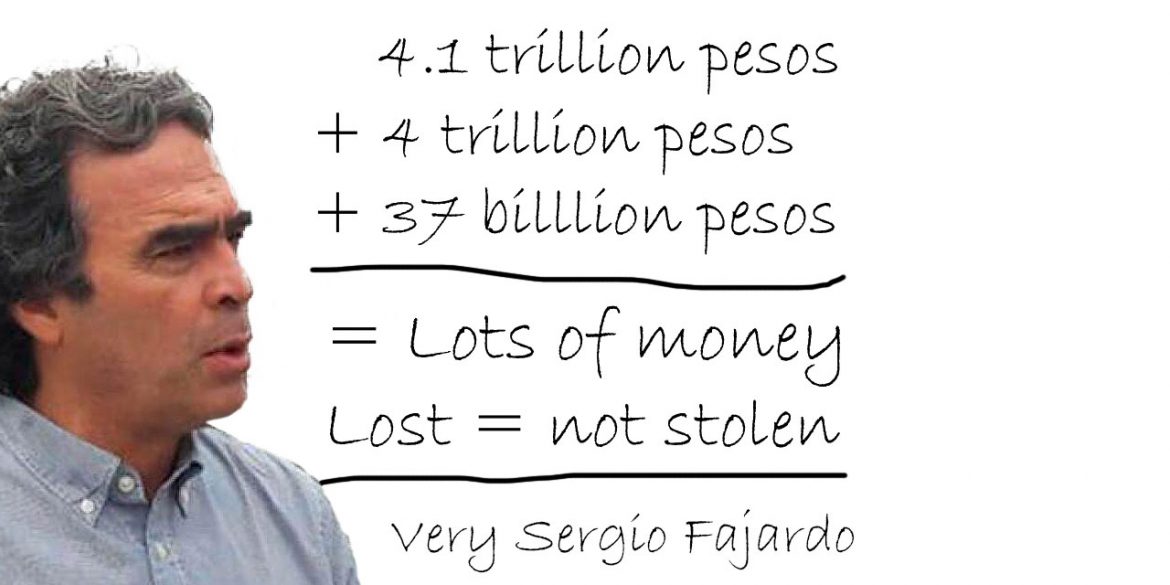 Can Sergio Fajardo teach Colombia that negligence can be as harmful as corruption?

Charges against presidential hopeful Sergio Fajardo indicate how negligence in Colombia’s politics may be as damaging as corruption. 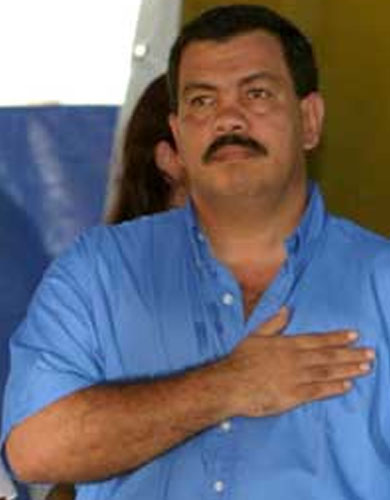 Fajardo gladly took credit for the city’s dropping homicide rate and named the crown piece of his library program after King Carlos of Spain, who inaugurated the building.

The man who deserved the credit for the dropping homicide rate was crime lord “Don Berna,” whose Oficina de Envigado made murder victims disappear so they wouldn’t appear in the statistics.

Fajardo’s failure to challenge Berna’s criminal rule got a name, “donbernability,” and fell apart after Fajardo had already left office and the crime lord’s extradition sparked a gang war.

It wasn’t until 2019 that the war crimes tribunal began investigating the disappearances and found that Medellin may have become Latin America’s largest mass grave between 2002 and 2012.

By then, Fajardo’s former security secretary, Gustavo Villegas, was in prison for his ties to “La Oficina.”

Before, multiple social scientists had visited Medellin to study the city’s self-proclaimed transformation, but found the city hall never maintained statistics that could have measured the impact of policies.

The King of Spain library was forced to close its doors in 2012 due to structural flaws that ironically made the façade come off.

The administration of former Mayor Federico Gutierrez sued the contractors for $8 million in damages in 2017 after much of the building was dismantled to leave the carcass that is disgracing the northeast of Medellin today.

Doing nothing in Antioquia

Fajardo took office as governor or Antioquia in 2012 after a failed presidential run in 2010.

His election made the governor and then-Medellin Mayor Anibal Gaviria responsible for the beginning of the construction of the country’s largest hydroelectric dam project, HidroItuango, in 2014.

In order to make this possible, engineers would have two years to deviate the water of Cauca River, the second largest in Colombia, through tunnels.

Gaviria delegated the megaproject to Medellin public utilities firm EPM while confronting a criminal investigation over the paramilitary support he received while running for governor in 2002.

The King of Spain library literally began falling apart, but Fajardo focused on his pet project, “Antioquia, the Most Educated,” a $1.2 billion concept to build 80 educational facilities instead of libraries. 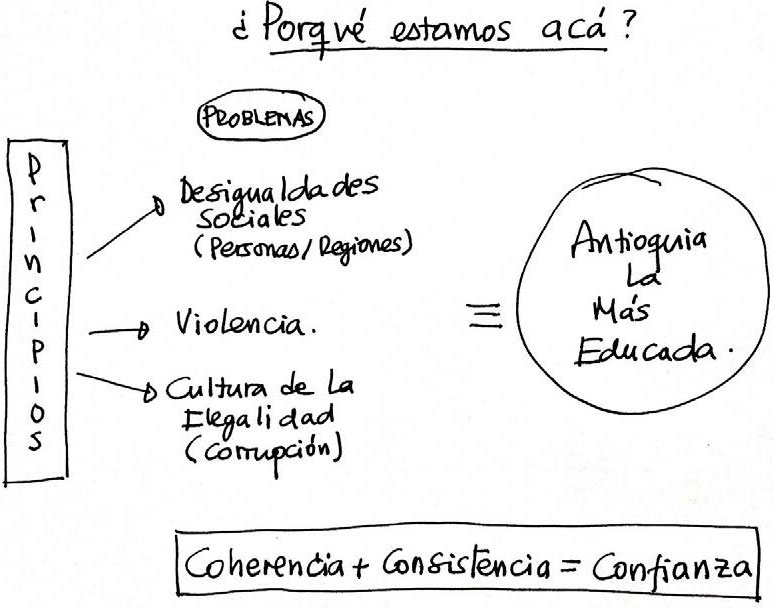 However, “the deviation tunnel contractor is a disaster,” Mejia wrote Fajardo on June 7, 2013.

The government secretary warned Fajardo again on October 18, 2013 that “the deviation of the tunnel must happen in the first quarter of 2014. We have no option. The costs of not doing so would be enormous as the generation [of energy] could not begin in December [20]18.”

Hidroituango’s tunnels were finished in February 2014, one month before Brazilian prosecutors accused Grupo Camargo Correa and Odebrecht of bribing their way into public works the next month.

Fajardo’s flagship policy was also failing and didn’t receive support from the Antioquia assembly until September 2014 after which the governor tried to turn his sketch into 80 educational facilities within 15 months.

Fajardo was able to finish 55 of his educational parks of which only three were fully functional, his successor Luis Perez said in 2016.

Angostura’s educational park was no more than a concrete block.

Former US Ambassador Kevin Whitaker agreed to donate $89,872 for the construction of an educational facility in Caceres that looked like an architectural marvel on paper, but was never built.

The educational park in Gomez Plata has been decaying since its inauguration because Fajardo never secured the funds that would allow local authorities to maintain the facilities. 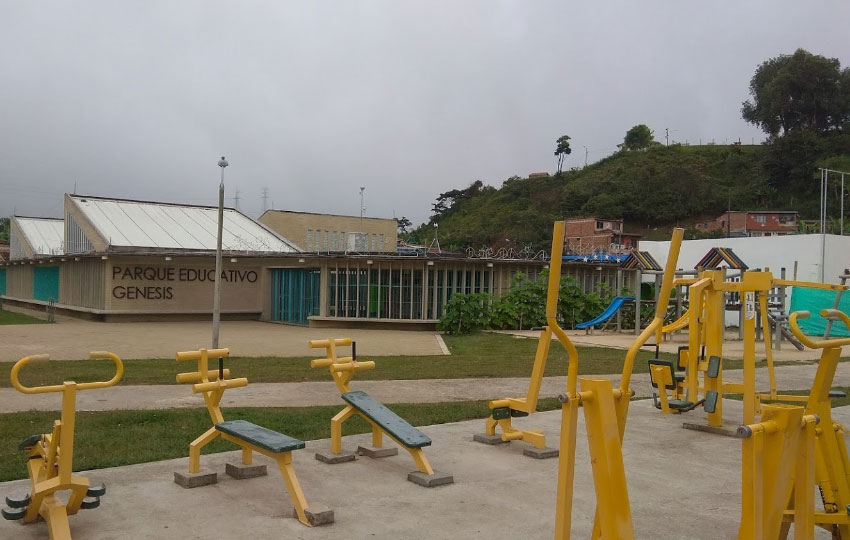 The paramilitaries take over

Fajardo was so busy with his latest pet project, he wasn’t just ignoring warnings over Hidroituango, but paramilitary groups that were taking over Antioquia.

What would later became the AGC began a war with La Oficina in Medellin, but outside the capital “we have reached a 20% reduction” in homicides, the governor told Gaviria’s newspaper El Mundo in December 2013.

“I believe we have good territorial control,” Fajardo added.

By 2016, paramilitary groups had taken control over almost the entire province.

The end of Fajardo

The tunnels dug by the corrupt Brazilian company Mejia called a “disaster” in 2013 collapsed in May 2018, causing the water of the Cauca River to rise and almost flood the Hidroituango project.

Fajardo was running for president on an anti-corruption ticket and “not responsible for what is happening,” the former governor said two weeks before the elections.

Anyone criticizing the politician who elevated doing nothing to an art form was “polarizing” while those supporting him were “free, serene, attentive, thoughtful and critical citizens.”

The former mayor and governor lost in the first round and has since become a person of interest for both the war crimes tribunal and the comptroller general’s office.