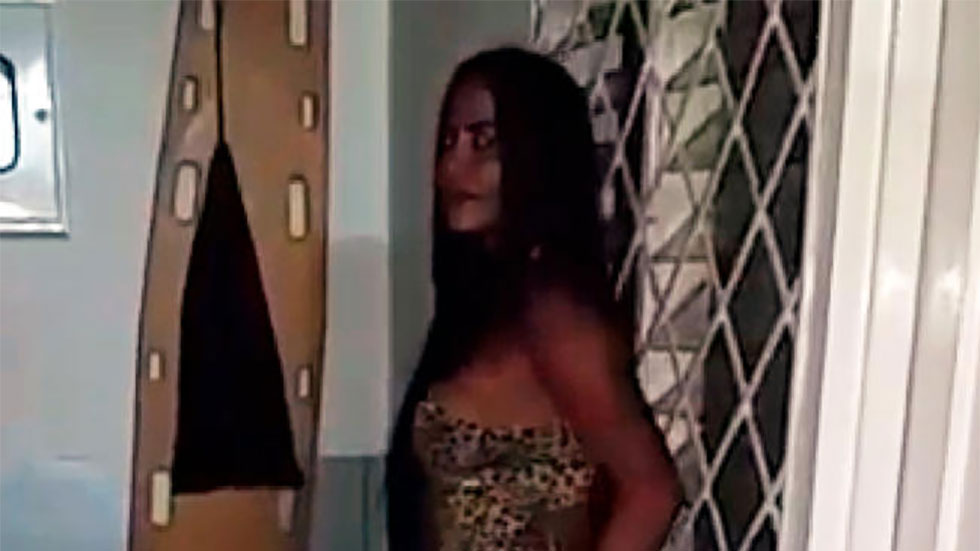 The police department of Colombia’s third largest city, Cali, has come under fire after a video emerged of a cuffed woman undressing in front of cheering cops.

The video was made public after a policeman who had recorded the incident shared the video with friends. Subsequently, the video went viral and ended up in the hands of news media.

In an interview with Blu Radio, the victim said she was arrested after an alcohol-laden discussion with friends, taken to the Melendez police station, cuffed to a window and pressured to undress.

In the video, the women is raising her middle finger to the policeman recording the incident before ceding to the cheers of multiple men and hitching up her dress with one hand, while being cuffed to a window with the other.

There was a discussion with friends. The police arrived, they identified me and told me I was rude, which wasn’t so. They took me to the station and there they recorded me and, with the detainees, pressured me to undress and give them a show.

The woman, reportedly a model and DJ, said she had filed a criminal complaint for harassment.

While not acknowledging the policemen had harassed the detainee, Cali police chief General Hugo Casas rejected the filming of the incident and the sharing of the video, according to newspaper El Tiempo.

The police chief said his department rejected any kind of police action that violates citizens’ rights, particularly those of women, and announced a disciplinary investigation.